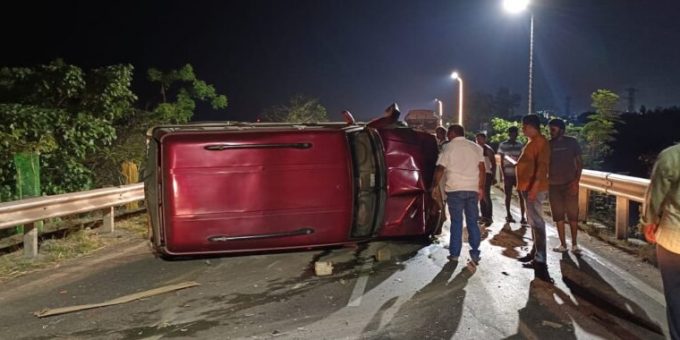 Kothagudem: About 250 kg ganja was found in a car that overturned on the National Highway 30 at Sarapaka near Bhadrachalam in the district on Sunday. The incident occurred during early hours. 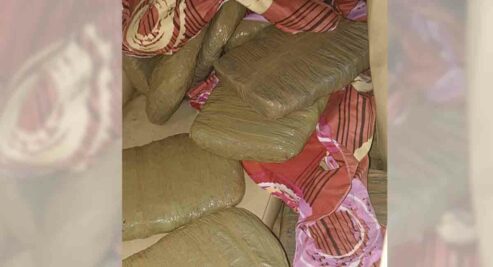 It was said that the car driver might have lost control of the vehicle, which rested on its side across the road. The front portion of the vehicle was damaged severely in the incident.

According to the locals, the car driver and two other persons, coming from Odisha via Bhadrachalam, in the car abandoned the vehicle and ran away following the accident. The locals alerted the police who reached the spot and launched a probe into the incident.

Burgampad Sub-Inspector of Police D Suresh informed the media that the weight of the ganja would be around 250 kg. Police tried to trace out the address of the vehicle with the help of the registration number but it was found to be fake.

The locals expressed apprehensions how the occupants in the car with such a huge quantity of ganja in it managed to cross the forest and police check posts located on the outskirts of Bhadrachalam.