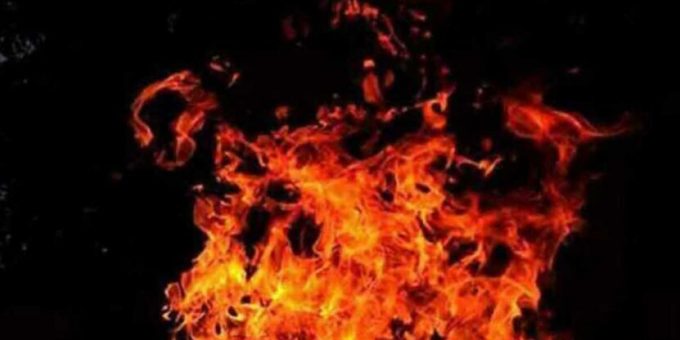 Srikakulam: Four of a family in Elamanchili village in Andhra Pradesh’s Srikakulam district attempted self-immolation in which a woman and her daughter succumbed while her other daughter and son sustained severe burns on Thursday morning, police said.

According to police, a property dispute in the family could have been the reason for the extreme step.

The deceased has been identified as Chintu Chinamani (45) and her daughter Jahanavi (18). The injured identified as the brother-sister duo of Venkata Sai Sushank (15) and Sri Ranjini have been admitted to the Pinnacle Hospital in Vishakhapatnam.

Sub-Inspector (SI) Pari Naidu, Jalmuru said that the woman decided to take the extreme step as she was unhappy with her mother-in-law for allegedly refusing to give ‘her share’ in the property. Chinamani’s mother-in-law wanted to share the major proportion of her property with her daughter and wished to give the remaining to her son.

“A mother and her three children committed suicide by self-immolating, in which the mother and a daughter died on the spot while the other two were seriously injured and have been hospitalised,” Sub-Inspector (SI) Pari Naidu said.

The deceased’s mother-in-law used to live with her daughter in the same village (in Jalmuru mandal) and wanted to give the major proportion of her property to the daughter and the remaining part to the son (Chinamani’s husband). The other sister-in-law of the woman who died lives in Vishakhapatnam.

According to the police, the magistrate has taken the dying declaration from Ranjini, in which she has stated that her father did not look after them and had not asked for the property from their grandmother, which allegedly caused her mental stress.

In her statement, she also mentioned that their father used to support his mother for not giving them the property, and hence they decided to commit suicide.

As per the statement from Ranjini, the police have registered a case and further investigation into the matter is on.