Hyderabad: On the third day of Pattana Pragathi programme, about 6,612 metric tons of garbage and 2,209 metric tons of debris were removed in the Greater Hyderabad Municipal Corporation (GHMC) limits on Sunday.

In addition to this, thorn bushes along 144 km of road length were removed, 17 km of nalas were desilted, 28 water bodies/tanks were cleaned, garbage was removed from 53 parks and fogging was done in 1,32,000 houses, the civic body said in a press release.

Cleaning of community places, schools, Anganwadis, ward offices, health centres etc was also taken up besides identification of dilapidated houses and taking up civil works to fix 14 water logging points located in different parts of the city. These activities are in addition to the cleaning of 1,028 public toilets and 40 crematoriums/ graveyards. Meanwhile, 6,319 saplings were planted and avenue plantation was taken up.

The GHMC is also maintaining a record of the before and after pictures of the places where Pattana Pragathi works related to precautionary and preventive measures against seasonal diseases, sanitation and solid waste management and Telangana Ku Haritha Haram, were taken up.

Meanwhile, ahead of monsoon, the GHMC fenced the open nalas and has put up sign boards near them to alert the people about the deep nalas and to warn about penalties to be levied if garbage is dumped into them. 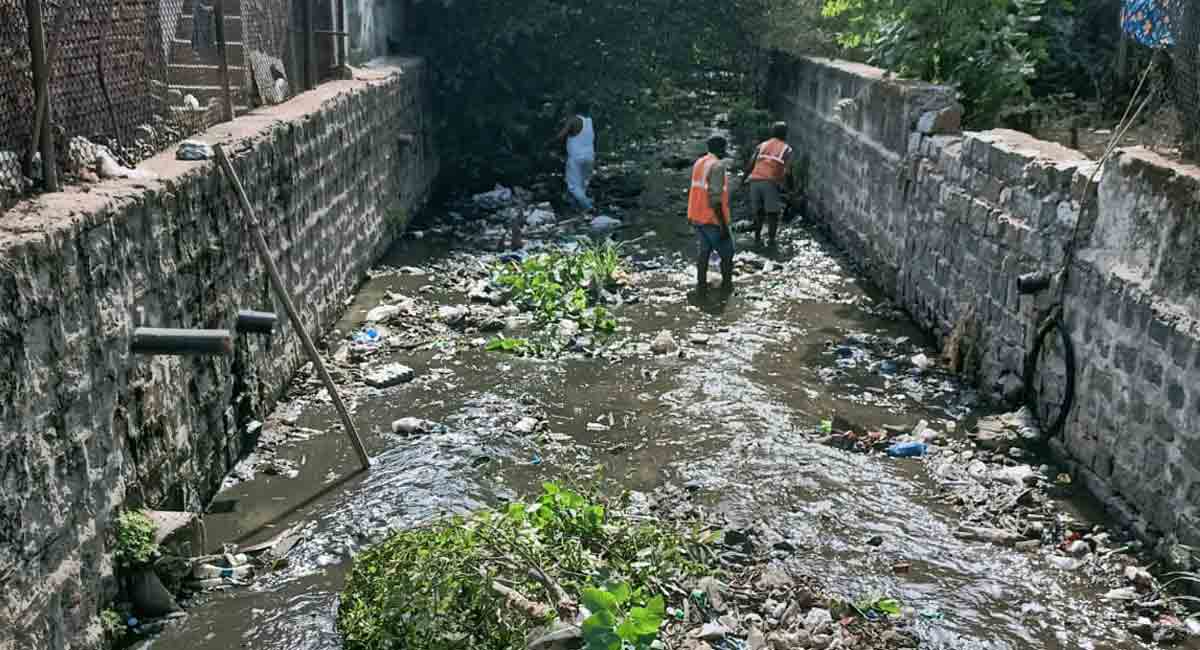