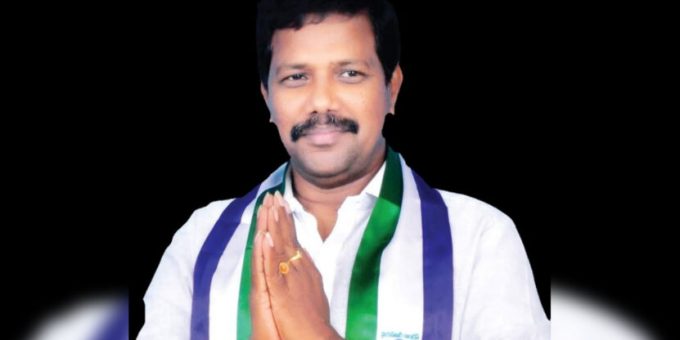 Amaravati: Tension prevailed at a village in Andhra Praesh’s Eluru district on Saturday when an MLA of YSR Congress Party (YSRCP) was attacked by a rival group within the ruling party following murder of a local sarpanch.

The incident occurred in G. Kothapalli village of Dwaraka Tirumala mandal. The infighting in the ruling party came to the fore when MLA Talari Venkata Rao was attacked by rival group when he went to the village following murder of G. Kothapalli sarpanch Ganji Prasad.

Alleging that MPTC member Bajaraiah, a supporter of the MLA killed the sarpanch, the protesters encircled the sarpanch’s house where the legislator was consoling the slain leader’s family.

Police had a tough time in controlling the angry protesters and escorting the MLA to safety.

Some of the protesters chased the MLA, who has to take shelter in a school.

A YSRCP worker was injured in the scuffle. He was shifted to hospital.

The protesters also pelted stones on police, injuring a constable. The police later escorted the MLA out of the village under tight security.

Meanwhile, police arrested three YSRCP workers in connection with the sarpanch’s murder. Police were on the lookout for Bajaraiah, who was absconding.

Police suspect that the rivalry between Bajaraiah and Ganji Prasad led to the latter’s murder.

Additional forces were rushed to the village to prevent the situation from escalating.

Ganji Prasad was hacked to death by unidentified persons on Saturday morning, leading to tension in the village.