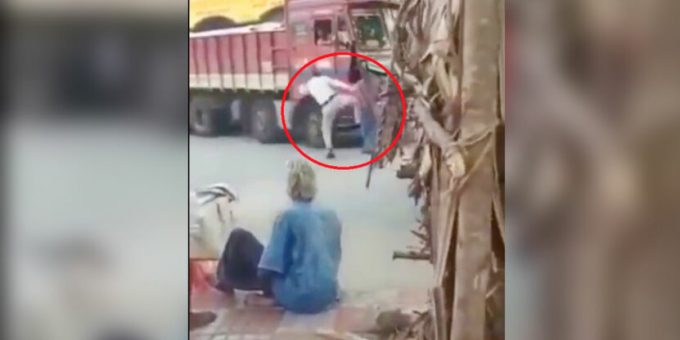 Tirupati: A video clip of a man being allegedly thrashed by a traffic police head constable here went viral on social media on Sunday. While the police initially tried to justify the cop’s action, he was later put under suspension, pending an inquiry.

The incident took place near Annamayya circle on AIR by-pass road on Saturday.

The video showed a man, likely in an inebriated condition, being hit by the traffic constable on the roadside. The police official further maintained that the constable didn’t deliberately thrash the man.