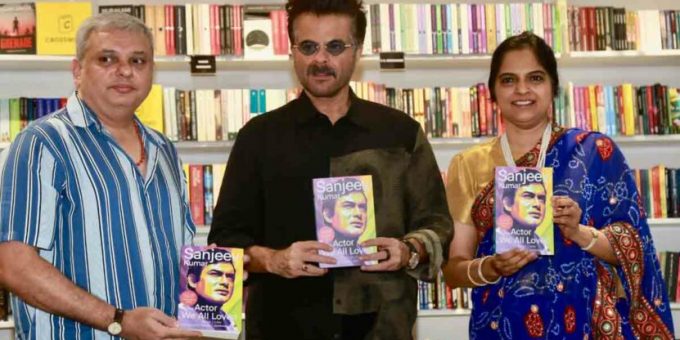 Ray’s 1977 film titled ‘The Chess players’ is set in 19th century Lucknow. Two lazy noblemen are foolishly obsessed with chess even as the British want to usurp their territory. Such was the power of Sanjeev Kumar and Saeed Jaffrey’s performance and Ray’s direction that the film became India’s official entry to the 51st Academy Awards for best Foreign Language Film.

The film was received and reviewed globally. It is one of the ‘Forty Films that Martin Scorsese wants you to see’. In 1989, Faber London published a book ‘The Chess Players and Other Screenplays’. On the cover of the book are Sanjeev Kumar and co-actor Saeed Jaffrey. Sanjeev Kumar is an actor who shone across genres — comedy, tragedy, romance and drama. His films remain eternal favourites of ardent cinema loves across the world.

Sanjeev Kumar was one of the most powerful actors of the 1970s — the golden era of Hindi cinema. He was every director’s fail-safe artiste. When he entered the frame, the audience would sigh with relief, ‘Nothing can go wrong now!’

Reeta Ramamurthy Gupta and Uday Jariwala have co-authored this very important biography of historical significance in the annals of Indian cinema. The book traverses his life from 1938 to 1985, and promises to be a thorough entertainer.

It takes us through Sanjeev Kumar’s journey to becoming one of the greatest actors Bollywood has seen, with personal essays by his friends and leading Bollywood names, including Gulzar, Randhir Kapoor, and co-stars Sharmila Tagore, Moushmi Chatterjee, Tanuja, among others.

Sanjeev Kumar was the antithesis of the typical Bollywood hero doing romance and action. Not one to crave glamorous roles, he was more interested in versatility. From his mature roles in films like ‘Mausam’ and ‘Aandhi’ (banned by the Indian Government during the Emergency), to his comic timing in ‘Angoor’ or the angst of person with disabilities in ‘Koshish’ — he was truly a thinking man’s actor. His expressive face, inflections and pauses, natural ease for lip-syncing — all of it made him the complete package.

Commenting on her experience of narrating Sanjeev Kumar’s life story, co-author Reeta Ramamurthy Gupta comments, “It took me four years, multiple interviews with over 25 contributors, poring over 800 magazine articles in five languages to write this book. Sanjeev Kumar was one of those rare performers who ‘became the character’, instead of playing it and his National Awards prove it. The book chronicles his rags-to-riches story, his motivations, his fears and his God-gifted talent. Readers will feel that they are in the same room as Sanjeev Kumar — understanding his life first-hand. It is an entertaining read and a prep for aspiring actors, all at once.”