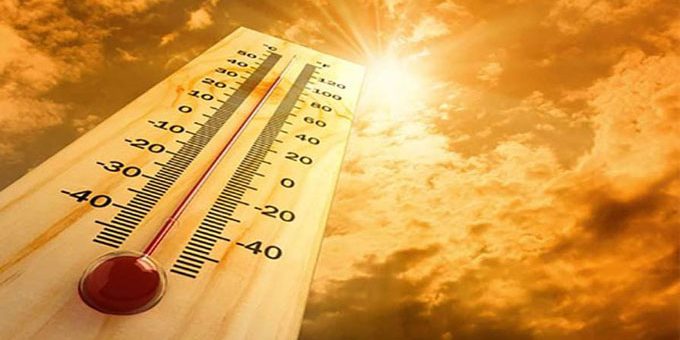 Hazaribag: A 16-year-old differently-abled boy appearing in the Class 10 state board examination died of suspected heat-related complications when he came out of an examination centre in Jharkhand’s Hazaribag district, police said on Sunday.

The state has been reeling under heatwave conditions for the last few days with the maximum temperature shooting past the 40 degrees Celsius mark in several areas.

The boy, Zamali Akhtar, was keeping ‘roza’ (fast) during the holy month of Ramzan. As soon as the examinee stepped out of the centre around 4.30 pm on Saturday, he fell unconscious.

The police and the school authorities immediately took the victim to a nearby health centre in Chouparan, where the attending doctor declared him brought dead.

The doctor suspected severe heatwave to be the cause of death. The student hailed from Kharouni village of adjoining Chatra district and his examination centre was at Chouparan College, Sub-divisional Police Officer of Barhi, Nazir Akhtar, said.

The boy’s parents requested the police not to conduct a post-mortem examination as they did not suspect any foul play, the SDPO said.
The body was handed over to the victim’s parents after they gave an undertaking in this regard on the directive of the Superintendent of Police Manoj, Ratan Chote.

Meanwhile, three more examinees from other examination centres in Hazaribag district also fell unconscious due to the “prevailing heatwave”.

Many parents have criticised the Jharkhand Academic Council (JAC) for conducting the examination at the peak of the heat spell with the mercury hovering around 41 to 42 degrees Celsius.

Deputy Commissioner of Hazaribag, Nancy Sahay, on Sunday described Zamali Akhtar’s death as “very unfortunate”.
Noting that the examination schedule cannot be changed since it has been fixed by the JAC, the DC directed all sub-divisional officers, BDOs, and superintendents of the examination centres to make adequate arrangements, like keeping medicines, to protect examinees from sunstroke.