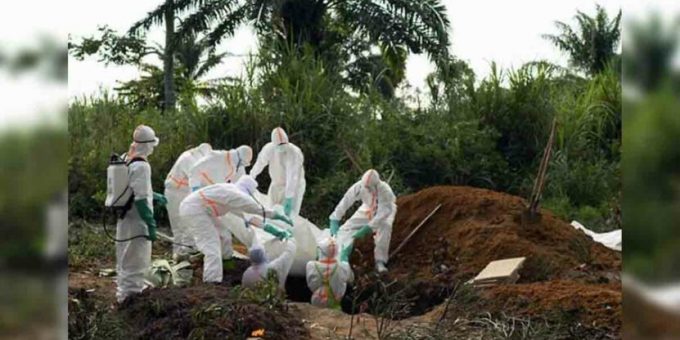 Kinshasa: A new Ebola case has been confirmed in Congo’s northwest Equateur Province in the city of Mbandaka, Congo health authorities said Saturday, declaring an outbreak nearly four months after the last one ended in the central African nation.

The one case was confirmed in a 31-year-old man who began experiencing symptoms on April 5 and sought treatment at a health facility after more than a week of being taken care of at home, the World Health Organization said. He was admitted to an Ebola treatment center Thursday for intensive care but died the same day.

Time is not on our side, said Dr. Matshidiso Moeti, WHO Regional Director for Africa. The disease has had a two-week head start and we are now playing catch-up. The positive news is that health authorities in the Democratic Republic of the Congo have more experience than anyone else in the world at controlling Ebola outbreaks quickly. Congo has experienced 13 recorded Ebola outbreaks since the virus was first discovered in the conflict-ridden country in 1976. This is the third in the Equateur Province since 2018.

WHO says the patient received a safe and dignified burial and that efforts to stem the outbreak are underway. Authorities have begun testing and contact tracing. Vaccinations will begin in the coming days, WHO said.

Many people in Mbandaka are already vaccinated against Ebola, which should help reduce the impact of the disease, said Moeti. All those who were vaccinated during the 2020 outbreak will be revaccinated.
Ebola is transmitted by coming into contact with the bodily fluids of an infected person or contaminated materials. However, the early symptoms of fever and muscle aches resembles other common diseases like malaria. In addition to vaccinations, there is now effective treatment available that, if received early, can improve chances of survival significantly.