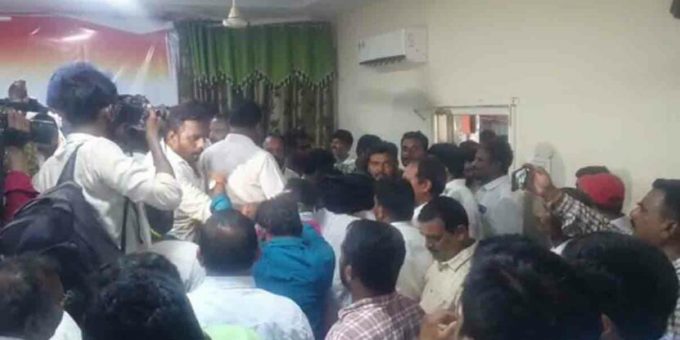 Khammam: Congress leader A Revanth Reddy’s maiden visit, as the TPCC president, to the district on Tuesday was marred by clashes among the party workers and damaging of the party office property and a municipal vehicle. On Tuesday he arrived here to attend a preparatory meeting for the AICC leader Rahul Gandhi’s public meeting in Warangal. Things have gone wrong even before the TPCC chief, CLP leader Bhatti Vikramarka and ex-MP Renuka Chowdary could address the workers and the media.

The party’s district headquarters turned into a platform for showing of strength for the followers of Vikramarka and Renuka Chowdary. Many of the followers of the respective leaders were not allowed inside the meeting hall as a result they forced themselves into the hall breaking the glass panes of a door in which a party worker suffered bleeding injury, yet no leader cared for him.

Then a fracas broke out between the party workers and leaders who wanted to secure a place on the dais. In the process the opponent groups have pushed each other and shouted slogans against each other.

Revanth Reddy and Vikramarka intervened but in vain as the melee continued in their very presence and many media persons covering the event could not find a chair to sit.

On the other hand, Congress workers damaged a disaster response force vehicle of Khammam Municipal Corporation (KMC) when the municipal workers removed flexi banners put up by Congress leaders without permission. They also manhandled a few municipal workers.

The Congress workers also staged dharna on the main road at Congress office protesting the removal of the banners. When the police tried to disperse them they entered into arguments with the police officials. 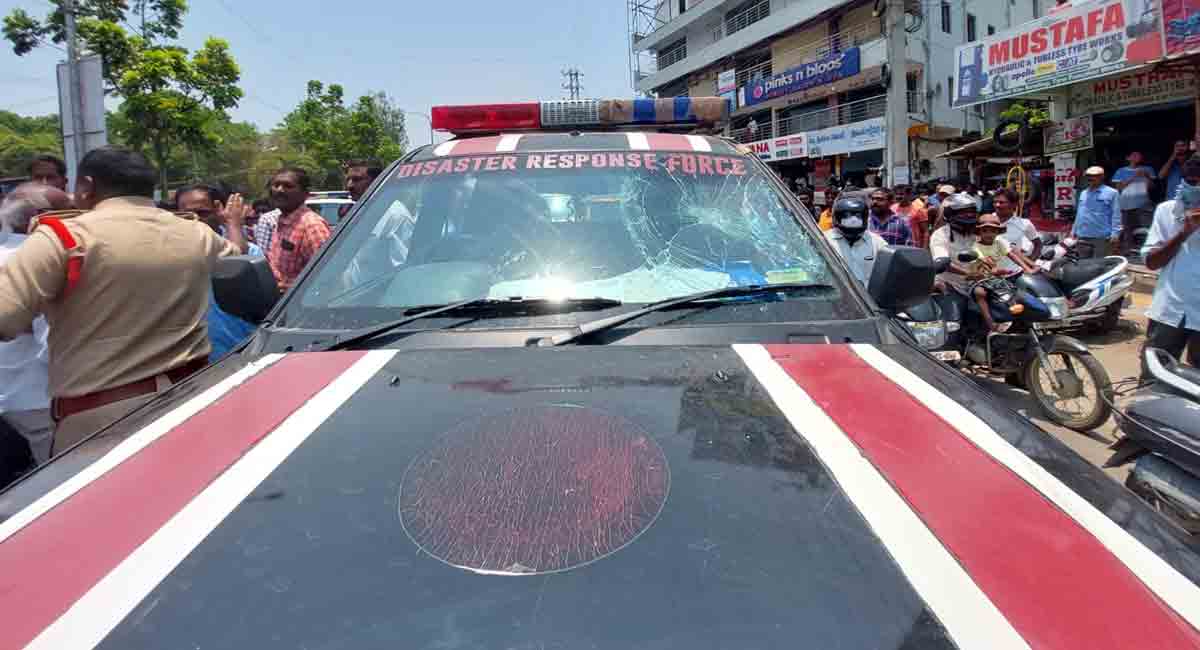