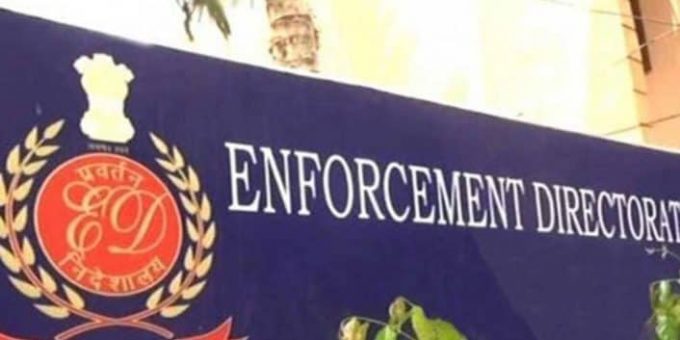 The ED has been conducting money laundering investigations against a number of Indian NBFC companies which are in the business of instant personal micro loans. It is revealed that various fintech companies backed by Chinese funds have entered into arrangements with these NBFC companies for providing instant personal loans of term ranging from seven days to 30 days, according to a press release.

These fintech companies falsely claimed that they were providing technical assistance and customer outreach services to the NBFCs, but in reality these fintech companies were the actual lenders and controlled the entire lending process i.e., fintech companies themselves developed their own digital loan app, they only brought the funds to be lent to the public, did MoU with the defunct NBFCs for their lending license.

They kept the funds into the NBFCs in the guise of security deposits/performance guarantees and these funds were in turn again returned to the fintech companies in separate MIDs (Merchant ID) opened by the NBFC for the app of the fintech company. Since, the fintech companies were unlikely to get a fresh NBFC license from the RBI, they devised the MoU route with defunct NBFCs as a via media to do large scale lending activities.

Micro loans were given for a short time period. Lending mobile apps took control of the social media data of the clients. Very high rates of interest and steep late fees were imposed. While the fintech apps made the majority of the profits, the NBFCs gained commission for letting them use their license.

The entire decisions regarding fixation of interest rate, processing fee and platform fee etc, were taken by fintech companies which were operating on the basis of instructions from Chinese, Honkong-based beneficial owners. Certain people have committed suicides due to harassment for recovery.

Therefore, the total amount of Rs.819 crore was considered to be proceeds of crime. The ED has managed to identify bank balances in 233 bank accounts and is attaching the same under PMLA 2002 to preserve the proceeds of crime. Further, a fund trail investigation is going on.

Earlier in this case, two Provisional Attachment Orders (PAOs) were issued against four NBFCs and their fintech partners for a value of Rs.158.97 crore. The total attachment in this case now is Rs.264.3 crore, the press release added.