Karimnagar: TRS workers and farmers hailed the State government’s decision to procure paddy in the Yasangi season. Thanking Chief Minister K Chandrashekhar Rao for taking the decision in favour of farmers, they performed palabhishekam to his portrait in various villages of the erstwhile Karimangar district on Wednesday.

The State Cabinet meeting chaired by the Chief Minister on Tuesday, decided to purchase the entire paddy produced in Yasangi season from farmers. This decision gained significance in the wake of the union government’s refusal to purchase parboiled rice from the state even after a series of agitations as well as the entire State Cabinet staging a dharna at Delhi on Monday. 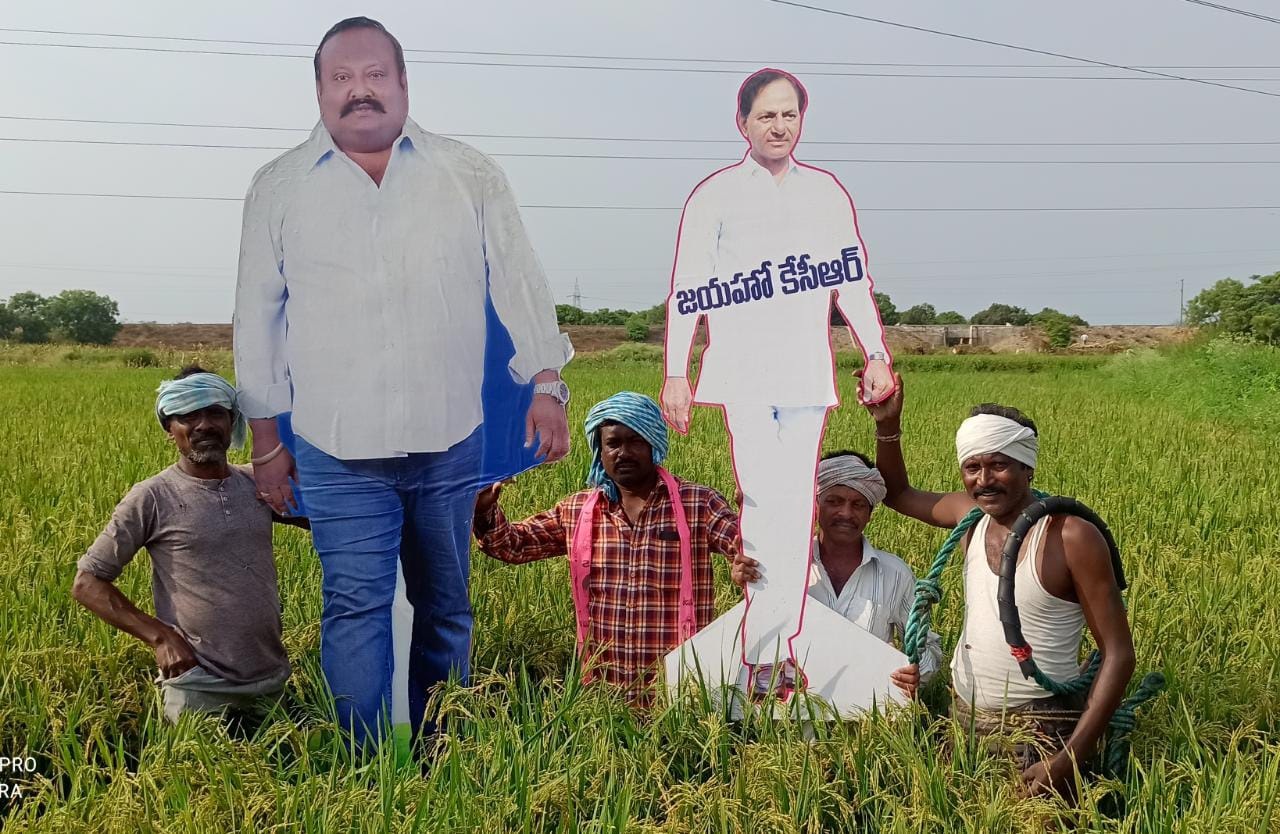 TRS workers and farmers performed palabishekam to the portraits of the Chief Minister as well as BC Welfare and Civil Supplies Minister Gangula Kamalakar in Durshed of Karimangar constituency. Similar kinds of celebrations were held across the old Karimnagar district.