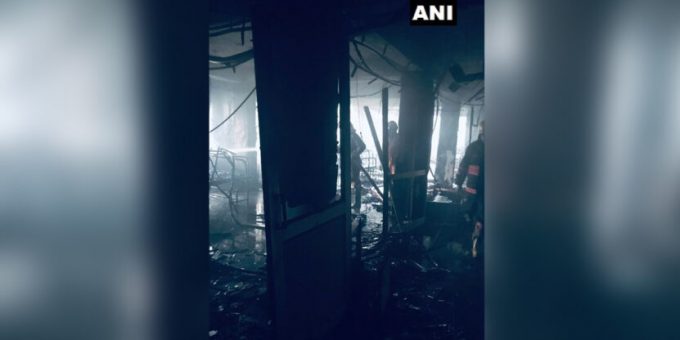 New Delhi: A 64-year-old patient died at a hospital in Delhi’s Rohini area in the early hours of Saturday after his oxygen support was disrupted due to a fire at the facility, officials said.

The fire, apparently caused due to a short circuit, broke out on the third floor of Brahm Shakti Hospital, Pooth Khurd, they said.

The information regarding the fire was received around 5 am, following which the local police reached the spot and called fire tenders, Deputy Commissioner of Police (Rohini) Pranav Tayal said.

Delhi Fire Services (DFS) Director Atul Garg said a total of nine fire tenders were rushed to the spot to douse the flames. The fire has been completely doused, Garg said.

All were safely rescued except one patient, who was admitted to the ICU and on a ventilator support, the DCP said.

Holi, a kidney patient and resident of Prem Nagar, was taken out but he died due to the disruption in power and oxygen support, DCP Tayal said.

No operational fire fighting system was found in place and the fire exit door was found locked/blocked, they said.

Fire incidents were reported at Safdarjung Hospital in south Delhi and at Makkar Multispeciality Hospital in the eastern part of the city on May 27 and there was no casualty.