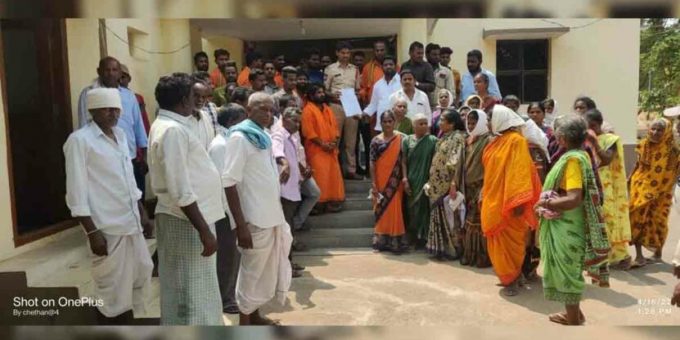 Jagtial: A reported instance of upper caste persons refusing to eat food served by Dalits in Nadikuda village during the ‘annadanam’ organised in connection with Hanuman Jayanti has created a sensation here on Saturday.  Hanuman Jayanthi was celebrated in Hanuman temple in Nadikuda of Mallapur mandal on Saturday and all villagers contributed money to celebrate the event on a grand scale.

As part of the celebrations, ‘annadanam’ programme was also organized on the temple premises. Some dalit villagers, who were in Hanuman diksha, had served the meal to the villagers. Refusing to eat food served by dalits, some of the upper caste people were reported to have arranged a separate table some distance away and had lunch separately. Feeling humiliated by this, dalits lodged complaints with Mallapur Tahsildar Ravinder as well as police demanding action against the guilty.