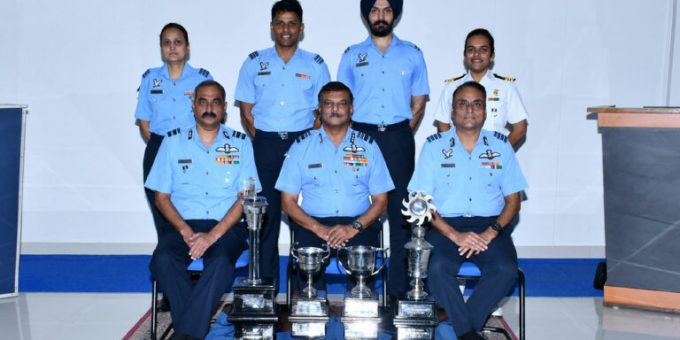 The three-month-long ATSS Course is a mid-level course that trains qualified Air Traffic Controllers in the usage of radar for the provision of Air Traffic Services. The course equips these controllers to maintain an expeditious and orderly flow of air traffic.

A total of 14 officers of the 142nd ATSS Course graduated as Radar Controllers. Squadron Leader K Manikandan was adjudged First in Order of Merit.

Air Marshal Sekhar in his address to the course, acknowledged the critical role of Air Traffic Controllers in military aviation and emphasised the fact that the airspace of a nation is a finite asset and the demand to use the same is on a rise.