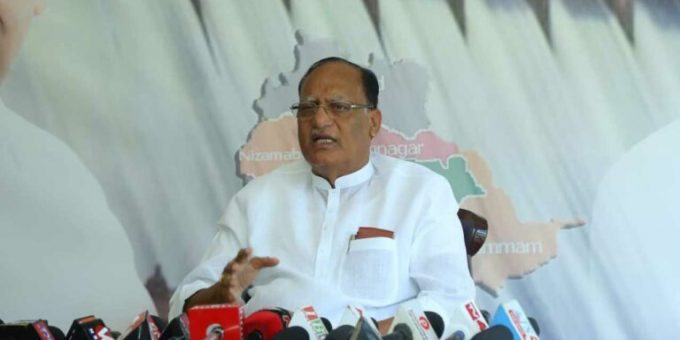 Speaking at a media conference held at his camp office here, Sukender Reddy said that the persons, who were holding Constitutional posts, have the responsibility to protect and respect the democratic system.

He said that Governor was talking about September 17 as Telangana Liberation Day, as per the stand taken by the BJP for which she was Tamil Nadu State president earlier. “It is very unfortunate that some persons, who didn’t know about Telangana movement and struggle, have been making irrelevant comments as per their wish,” he added.

The Council Chairman reminded that any official celebrations would be conducted under the purview of the State governments in the federal system. But, the Centre planned to separately conduct Telangana Liberation Day in Secunderabad Parade Grounds. “It is nothing but diluting federal spirit of the country,” he felt.

Though different political parties might be in power at the Centre and State, they should work together to protect integrity of the nation. He made it clear that Centre should not encroach upon the powers of the States.