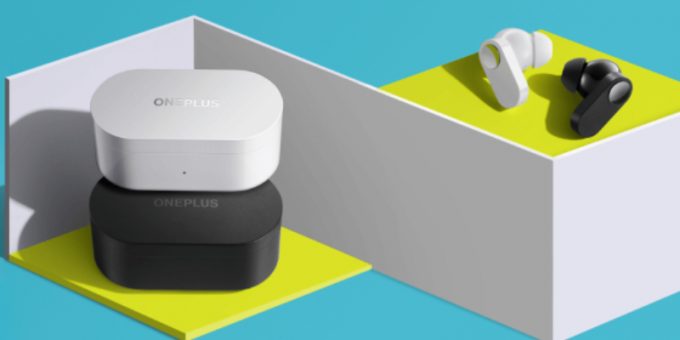 OnePlus Nord Buds full design has been revealed by OnePlus, today, ahead of their scheduled April 28 India launch. The same truly wireless earbuds are expected to launch in China under the name of OnePlus Buds N, on April 21— the Buds N are already available for pre-reservations in China. We’ve also got our first look at the buds themselves as well as some of their key specs, courtesy their landing page on Oppo’s China website.

The OnePlus Nord Buds design reveal gives out a bit extra since, today, we’re getting the first look at their charging case, too. These truly wireless earbuds will come with a unique flattened-out stem and semi in-ear styling. The tips are made of silicone, it seems fairly obvious. There’s a glossy circular area at the top where the stem meets the tips. It isn’t immediately clear if it would be clickable or if it would pack touch sensors for control. The charging case is built around the same flat-out theme as the buds. It will feature an LED light indicator on the front and USB Type-C charging. The buds have also been confirmed to come with sweat resistance.

OnePlus Nord Buds will be available in two colours— white and black. In China, these go by the name Twilight Black and Moonlight White. They should be called differently in India, though.

The Buds N will pack 12.4mm drivers and support some kind of game mode with touted latency of 94ms, as per their pre-reservation listing. We’re expecting the Nord Buds to come with the same hardware.

OnePlus is gearing to launch the OnePlus 10R with a customised version of MediaTek’s Dimensity 8100 called Dimensity 8100-Max on April 28. The 10R’s headlining party trick, though, will be its 150W SUPERVOOC fast charging. Joining the 10R and Nord Buds will be the OnePlus Nord CE 2 Lite 5G. The Nord CE 2 Lite has been confirmed to come with a 5,000mAh battery with 33W SUPERVOOC fast charging support.