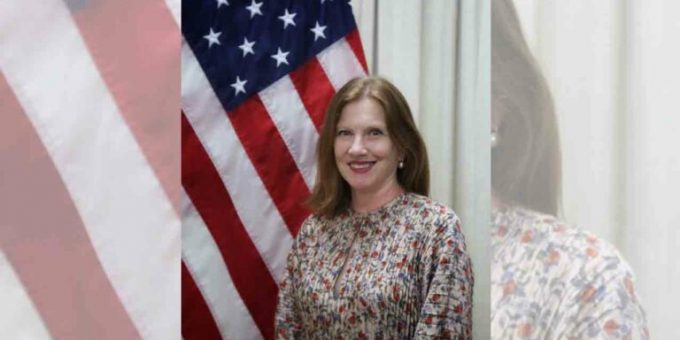 Hyderabad: The US Consulate General in Hyderabad has welcomed Jennifer Larson as the Consul General.

“I couldn’t be more excited to be here in Hyderabad,” she said, adding that she had spent the last five years working on the U.S.-India relationship from Mumbai and Washington.

“Now I’m honored to have the opportunity to expand our partnership in Telangana, Andhra Pradesh, and Odisha. From joint military exercises and business ties to cultural exchanges and higher education, the U.S.-India relationship is only growing broader and deeper in Hyderabad,” she said.

Consul General Larson brings 19 years of diplomatic experience with her to Hyderabad. She most recently served as Acting Deputy Assistant Secretary for India in Washington, where she supported the Assistant Secretary of State for the Bureau of South and Central Asian Affairs in formulating and implementing U.S.-India policy. In that capacity, she delivered remarks at “A Roadmap for Indo-Pacific Regional Cooperation in A Post-Covid 19 World Order,” an international conference organized by the Indian School of Business in Hyderabad in March this year.

She was most recently overseas as Deputy Principal Officer at the U.S. Consulate General in Mumbai from 2016-2020, the second-highest ranking official in the consulate. In addition to serving as Spokesperson in the Bureau of Near Eastern Affairs in Washington, D.C., she has also served in Libya, Pakistan, France, Sudan, Jerusalem, and Lebanon.

Before joining the Foreign Service, Consul General Larson worked for National Public Radio’s San Francisco affiliate as a talk show producer. She completed her undergraduate and graduate work at the University of California, Berkeley in Comparative Literature (Arabic, Spanish and French) and Middle East Studies.