Hyderabad: High levels of burnout, labour shortage, mundane work, and a low work-life balance is causing Indian workers to start looking for newer opportunities. A study by UiPath reveals that while 70 per cent of Indian office workers are feeling increased pressure at work due to labour, 73 per cent are interested into looking for a new job in the next six months.

Around the world, office workers are feeling increased pressure at work because their colleagues are quitting. The pressure is the highest in India with 70 per cent of workers reporting the same. Alarmingly, 74 per cent of Indian and 68 per cent of global respondents reported that they do not know what their responsibilities are anymore, because things at work have changed so much since their coworkers quit.

The survey found that 73 per cent of Indian respondents say they are interested or could be swayed into looking for a new job in the next six months. Local office workers are motivated to seek a new position due to increased pressure on work/life balance (44 per cent), spending too much time on administrative tasks (37 per cent), and lack of employee recognition (28 per cent).

Automation is need of the hour

“Automation is one powerful key to unlocking worker productivity. Employees around the world are incredibly burnt out by having to take on more work due to colleagues resigning and various monotonous tasks,’’ said Anil Bhasin, MD and V-P, UiPath — India, and South Asia. 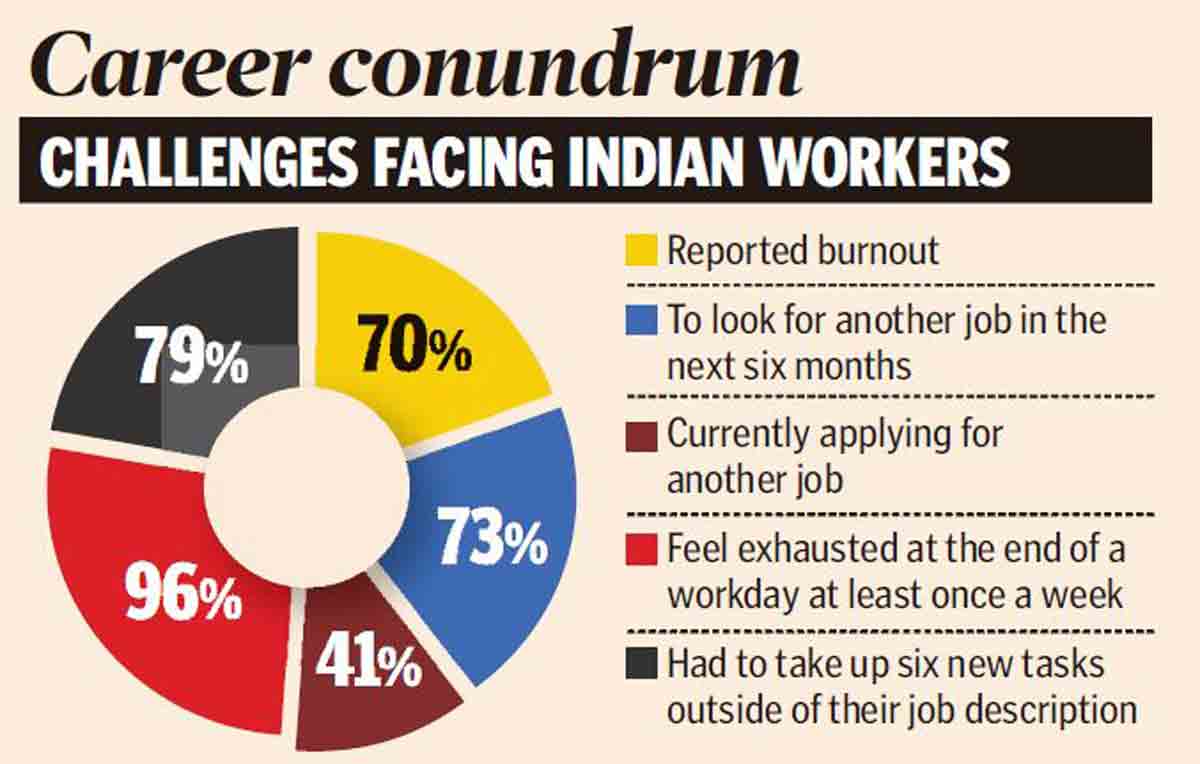