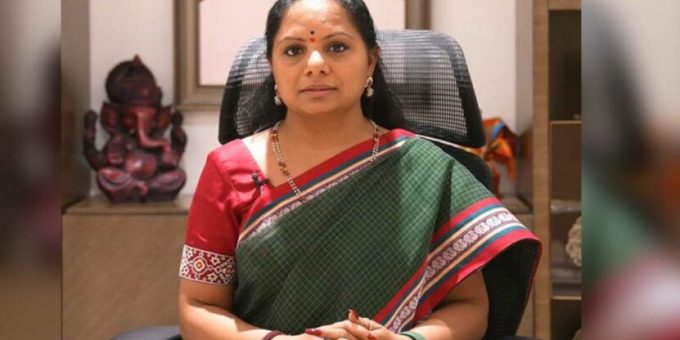 Hyderabad: A day after the Delhi BJP leaders – MP Parvesh Verma and former MLC Manjinder Singh Sirsa made allegations against her over involvement in the Delhi liquor case, MLC K Kavitha filed defamation cases against the duo in the City Civil Court.

She sought an unconditional apology from the BJP leaders for making baseless allegations against her and causing a damage to her reputation as an elected representative.

In her petition in the Hyderabad City Civil Court, Kavitha filed an injunction petition. She stated that the BJP leaders were making baseless and false allegations against her with ulterior motives to tarnish her name as people’s elected representative.

She said as the BJP leaders made baseless allegations without any concrete evidence, they must tender an unconditional apology. Similar cases were filed in the district courts across all 33 districts in the State.

Meanwhile, Delhi MP Parvesh Verma and former MLC Manjinder Singh Sirsa who made allegations against Kavitha, evaded answers when the media confronted them in New Delhi on Tuesday. When the mediapersons sought their response to cases filed against them in the courts in Telangana and asked if they had any evidence to support their allegations, the duo evaded any direct answers.

Instead, they scooted from the press conference by stating that the Central Bureau of Investigation (CBI) which is investigating the case was gathering the evidence. When the media questioned them further on making serious allegations against Kavitha without adequate evidence, they left the press conference, without answering them.