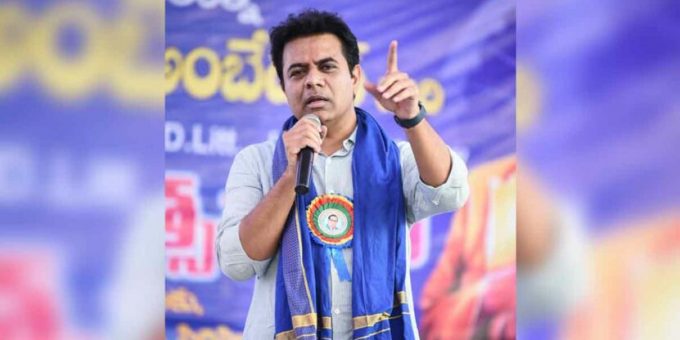 Hyderabad: Launching a scathing attack on Union Civil Aviation Minister Jyotiraditya Scindia for his comments on Telangana Government, IT Minister said one has to admire the temerity of BJP leaders from failed States, who come to Telangana and promote their divisive politics.

The Union Minister while speaking to media persons on Friday had reportedly said real leaders do not fear on ED investigation, if they have not done any mistakes.

He further charged that Telangana Government was not implementing Central Government schemes during the last eight years.

Reacting sharply to these comments, IT Minister and TRS working president KT Rama Rao tweeted “You really have to admire the temerity of BJP leaders from failed BIMARU States. They come to Telangana and indulge in subterfuge and bluff to further their divisive political agenda”

He also further tweeted “Our State with 2.5 percent population of the nation contributes to 5 percent of India’s GDP. Every single Telangana citizen is a Double Engine contributing to the nation.

If only BJP ruled States performed as well as Telangana, we would have been a 10 trillion economy by 75th Independence,”