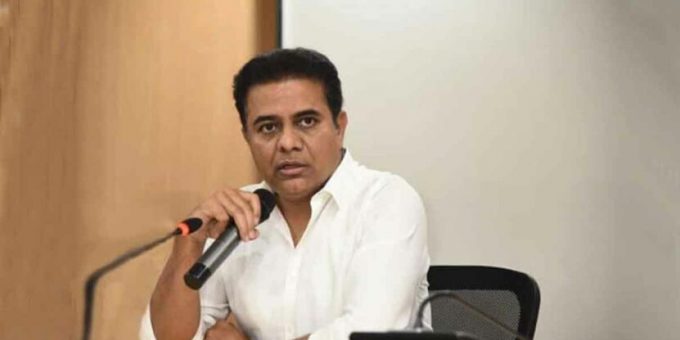 Rajanna-Sircilla: Municipal Administration and Urban Development Minister KT Rama Rao challenged to step down from power if the better welfare schemes than that of Telangana were implemented in any of the States across the country.

“Telangana Rashtra Samithi is in power only in Telangana. If better schemes than that of Telangana are implemented in any of the States, the TRS will step down from power. We are ready for any kind of debate,” he said, while inaugurating Rythu Vedhika at Marripalli of Vemulawada mandal on Saturday.

The Opposition parties were unable to digest the green fields spread across the State due to completion of various irrigation projects in the State. Developmental works being implemented in the State were in front of the people, the Minister said.

Talking about Rythu Vedhikas, Rama Rao opined that vedhikas would help farmers to share their opinions. The number of godowns has also been enhanced to store crops. Besides Mission Bhagiratha tap connection to every house, rythu bandhu to every farmer and nursery in every village have been developed.