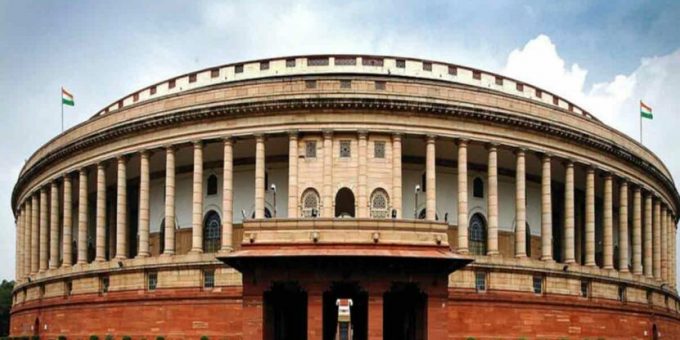 New Delhi: The Lok Sabha secretariat has issued an advisory to MPs asking them to refrain from distributing pamphlets, press notes, leaflets without the Speakers’s permission in the House during the Monsoon session of Parliament.

“As per established convention, no literature, questionnaire, pamphlets, press notes, leaflets or any matter printed or otherwise should be distributed without the prior permission of Hon’ble Speaker within the precincts of the House. Placards are also strictly prohibited inside the Parliament House Complex.
Kind cooperation of Hon’ble Members is solicited,” the bulletin read.

This comes after the opposition’s uproar on the ban on protests on the Parliament premises, sources in the Lok Sabha Secretariat said that these ‘are routine advisories’ ahead of every session.

However, they said similar advisories had been issued in the past also. This has been happening during the previous tenures in Parliament. The Congress has taken strong objection to it as this comes on the heels of controversy over the use of unparliamentary words during the House proceedings.

The advisory was issued on Thursday by the Parliament Security Office.

Following it, the Speaker clarified that there was no ban on the use of words as it was alleged by the opposition. The booklet said: “Words and expressions in English which have been declared unparliamentary in Lok Sabha, Rajya Sabha, State Legislatures in India and some Commonwealth Parliaments.’

Reacting to it, Leader of opposition in Rajya Sabha Mallikarjun Kharge said: “The way the BJP government has destroyed the functioning of the house since 2014 is way more unparliamentary than those words that describe the characteristics of this govt. Congress-led UPA believed in democracy but BJP led NDA stifles any scope for dissent or difference of opinion.”