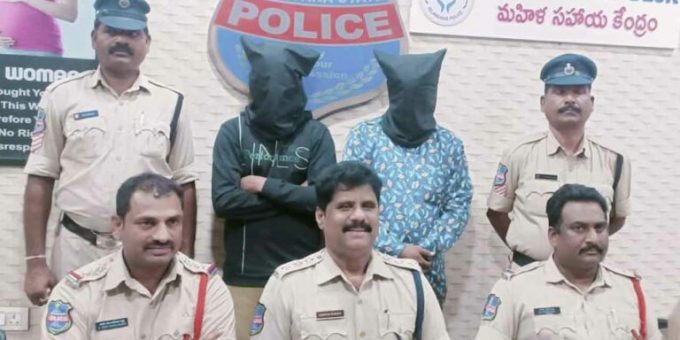 Sangareddy: In a sensational murder, three persons killed a friend, who sought the repayment of a Rs 50,000 hand loan given to one of them and buried him in a burial ground in Patancheru.

The victim was Mohammed Sameer (28), a resident of Patancheru town. Sameer went missing from his home on September 9 evening. Following a complaint from his father Salim, Patancheru police registered a case and during investigation, Sheik Ilyas (32) of Patancheru town was taken into custody on Monday.

Ilyas confessed that he along with his two friends had killed Sameer on September 9 and buried Sameer in the Muslim graveyard in the town. Following the information, the police exhumed the body on Tuesday. The Police nabbed another accused Rustum Ali, brother-in-law of Ilyas, into custody. The third accused MD Allauddin was absconding.

Speaking to news reporters on Tuesday DSP S Bheem Reddy said that the prime accused Ilyas had borrowed Rs 50,000 hand loan from victim Sameer eight months ago. When he sought the repayment of the loan, Illayas hatched a plan to eliminate him with the help of his friends.

Requesting him to come to the burial ground to dig a burial for a poor man, Illayas, Rustum Ali and Allauddin attacked him and buried him in the same burial. The police seized the vehicle of Sameer, and the rod used to attack Sameer. ends