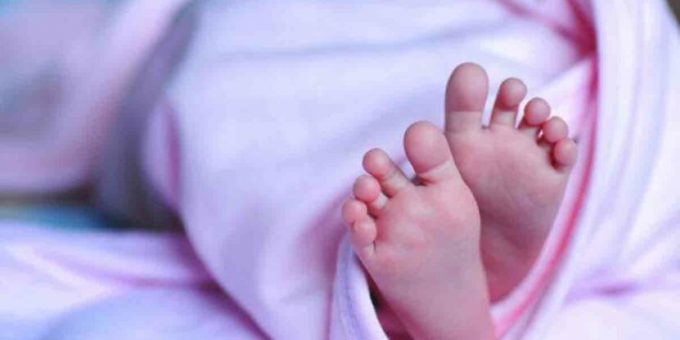 Mancherial: In an inhuman incident, a man brutally killed his eleven-month old son by hurling the toddler to a wall, suspecting the fidelity of his wife at Pulimadugu village in Mandamarri mandal under limits of Ramakrishnapur police station on Sunday night. The incident came to light on Monday.

Ramakrishnapur Sub-Inspector G Sudhakar said that the accused person was Bollana Naresh, a daily wage earner of the village. The victim was Krishna, the son of Naresh and Jyothi.

Naresh, who was in an inebriated condition, picked up an argument with Jyothi and tried to assault her suspecting her fidelity. He grabbed Krishna from the lap of Jyothi when she was attempting to flee the spot to protect herself and her son. He, in fit of rage, killed his son by smashing him against cement bricks of a wall. The toddler suffered profuse bleeding. He was immediately rushed to a hospital in district headquarters. Doctors declared that he was brought dead.

Naresh was married to Jyothi of Mamidigudem in Kasipet mandal two years back. He was threatening to kill the son ever since she conceived. He was torturing physically and mentally by suspecting her fidelity. Based on a complaint received from Jyothi, a case was registered against Naresh. Investigations got underway.