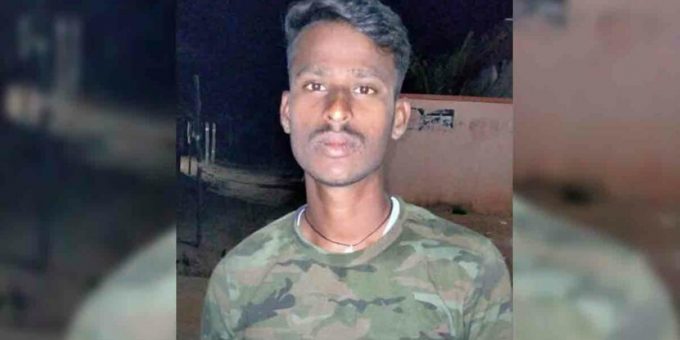 Warangal: TRS MLA from Narsampet constituency Peddi Sudarshan Reddy has called for a one-day bandh in the Assembly constituency in the district on Saturday (June 18) to register a protest over the killing of Damera Rakesh of Dabeerpura village of the constituency in the police firing at Secunderabad railway station on Friday.

Holding the BJP led central government responsible for the tragic incident, Reddy called on people to extend their support to the protest by participating in the bandh and sought cooperation of the commercial establishments, educational institutions and others to make the one-day bandh a success.

Earlier, he visited the Dabeerpet village and consoled the grief stricken parents and relatives of Rakesh.
Speaking on the occasion, the MLA said that the last rites of Rakesh would be held on Saturday at his village. He said that Rakesh’s father Kumara Swamy was a coordinator of the Ryhtu Bandhu Samithi of the village.

The MLA said that the Central Minister G Kishan Reddy, and BJP state president and MP Bandi Sanjay Kumar should own responsibility for the tragic demise of Rakesh who wanted to serve the nation by joining the defence forces. The MLA said that the BJP would pay heavy price for the killing of a promising youngster.