‘Swathi Muthyam’, a feel-good family entertainer produced by Suryadevara Naga Vamsi under Sithara Entertainments, marks the acting debut of Ganesh and features Varsha Bollamma as the female lead. Directed by Lakshman K Krishna, the film has music by Mahathi Swara Sagar. ‘Nee Chaaredu Kalle’, the first single from the film, was launched today.

‘Nee Chaaredu Kalle’ is a musical journey through the bliss of first love and the many moments that make it a magical experience. Lyricised by Krishna Kanth (KK) and sung by ‘Butta Bomma’ sensation Armaan Malik and Sanjana Kalmanje, the breezy number captures how the protagonists Ganesh and Varsha Bollamma are gradually smitten by one another.

The melody is easy on the ears and brims with a universal appeal that could resonate with music buffs across all age groups. Director Lakshman K Krishna says, “‘Nee Chaaredu Kalle’ has been the cynosure of all eyes on social media after the launch and that listeners just can’t have enough of it.”

“Like every work of art, it took a lot of effort to bring this together according to the producer’s tastes and the situation specified by the director. The stanza with the words ‘O Taaralni Moota Kadatha… Nee Kaali Mundu Pedatha… Are… Chandamamaki Neeku Theda Leduga… Mabbulani Tecchi Kudatha’ holds a special place in my heart,” shares lyricist KK.

The film’s glimpse, first-look posters received impressive responses from crowds recently. The situations between an innocent young man and a straightforward girl promise a heart-warming entertainer. ‘Swathi Muthyam’ touches upon themes like life, love, and marriage and looks at modern-day relationships in a newer light. 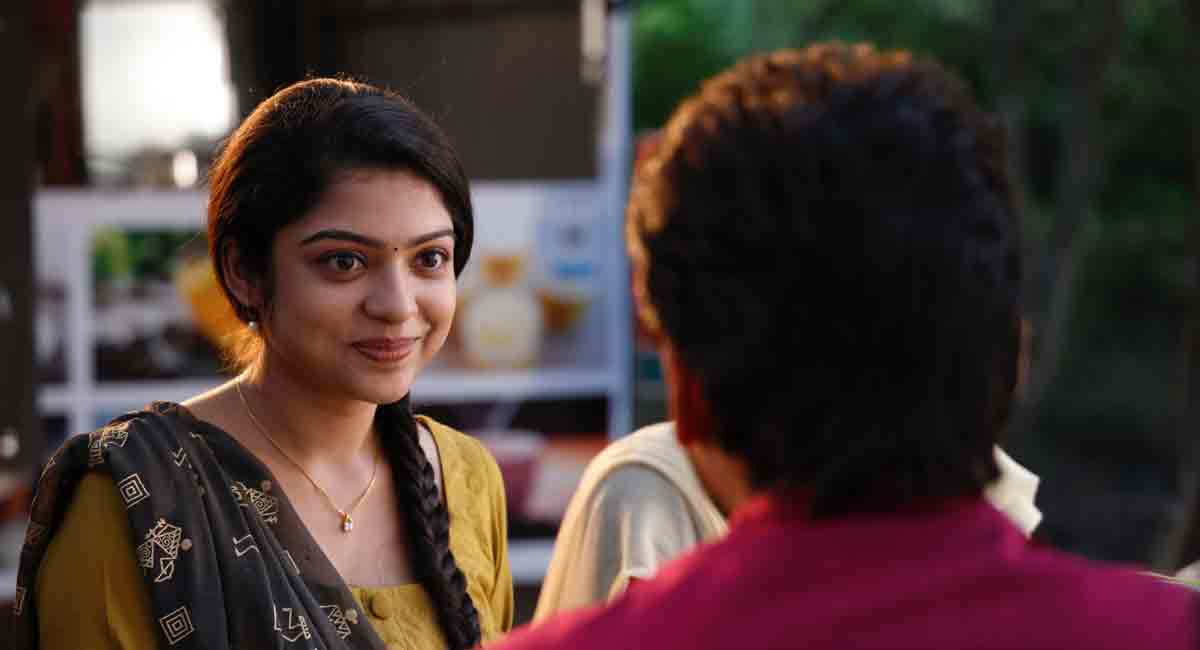