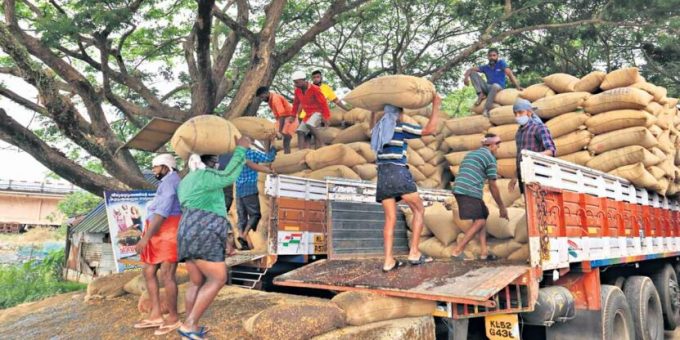 Hyderabad: After the Telangana Rashtra Samithi (TRS) exposed the Centre over its refusal to purchase parboiled rice despite its growing demand abroad, it was the turn of Odisha’s Biju Janta Dal (BJD) to raise the voice. BJD Rajya Sabha member Amar Patnaik on Saturday questioned the Centre’s decision not to procure parboiled rice from the State despite its huge export potential.

In a letter to union Food Minister Piyush Goyal, the MP said non-basmati rice including parboiled rice, has been exported to 152 countries, the combined value of which is $2,307.39 million. Further, the official data furnished by the Director General of Commercial Intelligence and Statistics under union Ministry of Commerce and Industry revealed that approximately $3,000 million of non-basmati rice was exported every year from 2017-18 onwards until last year. In the last six seasons, export of parboiled rice has increased from 34.42 lakh MT in 2015-16 to 61.75 lakh MT in 2020-21, he added.

“Since there is such a huge export potential, it is not understandable as to why the Centre and Food Corporation of India (FCI) are refusing to procure the surplus parboiled rice from Odisha, which can also be fortified if required for export to other countries,” Patnaik questioned.

The lifting of par-boiled rice from Odisha has been a problem for the last two seasons. Even nutrition added fortified rice was not being procured by the FCI. Currently, in the Kharif season 2022, the surplus parboiled rice is expected to reach 11 lakh tonnes. However, the FCI has refused to procure the same, putting farmers of Odisha in a precarious condition. While Telangana produces parboiled rice only during Rabi (Yasangi) season, Odisha produces parboiled rice during both Kharif and Rabi seasons. Along with the TRS, the BJD MPs also raised the issue in the Parliament on several occasions.