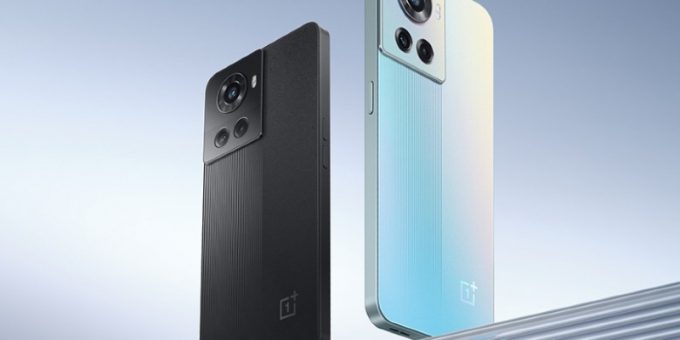 OnePlus has its hands full, it seems. We already know that it will launch two new phones, one called OnePlus 10R with insanely fast 150W fast charging in India on April 28.  Now it appears that the same phone will launch first in China on April 21, albeit under a different name. The phone—called OnePlus Ace—will be part of a whole new series. Eagled-eyed readers would be quick to point out that the “Ace” branding was used by Oppo not long ago, and that indeed seems to be the inspiration behind OnePlus’s new smartphone line-up.

Teasers that are simultaneously going live on Weibo and OnePlus’s own website for China confirm that the OnePlus Ace will be powered by the MediaTek Dimensity 8100 chip and support 150W fast charging. Moreover, the design of the phone in question is also out showing off a pretty unique dual-textured back, flat plastic frame, and triple rear cameras. Curiously missing is OnePlus’s hallmark “alert slider” which is to say that the Ace is probably going the same road as the Nord. This could also mean that phones under the series would be more affordably priced than the brand’s full-fledged flagships.

Be that as it may, the OnePlus Ace design and key specs—at least the ones that have been revealed—bear a stark resemblance to the India bound OnePlus 10R.

OnePlus’s India arm has confirmed that the 10R will have two models—at least—one with 80W SUPERVOOC and another with “industry-leading” 150W SUPERVOOC charging. OnePlus claims you will be able to charge this version from 1-100% in 17 minutes.

Regardless of the region, there’s a high possibility that the OnePlus 10R/OnePlus Ace is essentially a rebranded Realme GT Neo 3. This phone is also coming to India, soon.