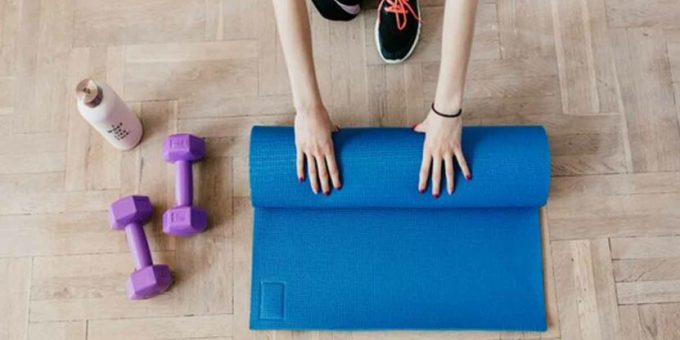 Finland: According to a study conducted at the University of Jyvaskyla in Finland, menopausal transition increases women’s body fat, particularly around the waist. As a result, women in their forties and fifties should pay special attention to excellent lifestyle habits such as physical activity and in order to reduce the health risks connected with fat storage.

The study was published in the journal, ‘Aging Cell’.

In the period of life prior to and after menopause, women tend to accumulate more fat in their bodies; the distribution of fat in the different regions of the body changes as well. Before menopause, women typically have more fat in their thigh and gluteal areas compared to men, but in midlife, many women notice an increase in fat, especially in their waist area. In addition to the total amount, the location of this adipose tissue also is meaningful to one’s overall health, especially because mid-region fat has been shown to increase the risk for cardiovascular disease and type 2 diabetes.

“Aging increases total body adipose tissue accumulation in both men and women, but it seems that menopause may accelerate these changes in women,” says doctoral researcher Hanna-Kaarina Juppi. “Although several studies have been conducted on this issue, the role of menopause specifically in the changing fat distribution is still under debate. Since women typically live in the postmenopausal state for several decades, it is crucial to study these changes and understand their meaning to health.”

In the current study, middle-aged women approaching menopause were followed for a maximum of 4 years over the menopausal transition. At the beginning and end of the study, women’s body composition, mid-thigh adipose tissue area, and adipose-tissue-derived hormones from their blood were measured. Information was collected also regarding the level of physical activity, diet, and the use of hormone therapy. Fat accumulation was investigated also at the muscle fibre level. During the follow-ups, researchers found an increase in the fat mass over the entire body, with a notable increase in the waist area. Women who were more physically active and partook in a healthier diet during the study had lower fat mass. The use of hormone preparations was not associated with body fatness.

“The results indicate that menopause affects body fat accumulation in women. Contrary to expectations, the increase in the amount of adipose tissue of our participants had only moderately negative effects on the hormones derived from the adipose tissue that reflect metabolic health,” Juppi continues. “We suspect that the relatively healthy lifestyle habits of our participants helped them sustain metabolic health despite an increase in fat mass and menopause.”

Conducted at the Gerontology Research Center in the Faculty of Sport and Health Sciences at the University of Jyvaskyla, this research is part of the Estrogenic Regulation of Muscle Apoptosis (ERMA) and Estrogen, MicroRNAs and the Risk of Metabolic Dysfunction (EsmiRs) studies led by Associate Professor Eija Laakkonen. Nearly 1,400 Finnish women aged 47 to 55 years old participated in the original ERMA baseline. Of them, 230 women participated in the ERMA and 148 in the EsmirS follow-up studies. The research has been funded by the Academy of Finland.