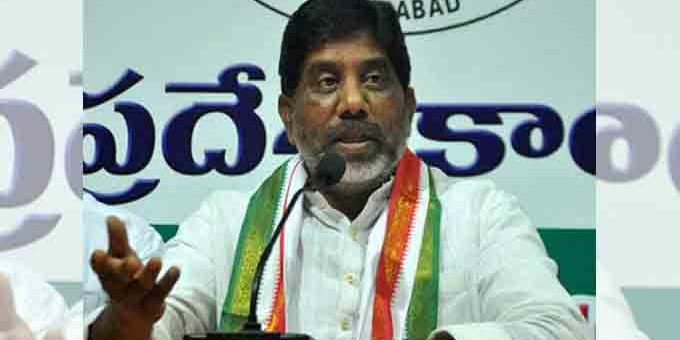 Hyderabad: CLP leader Mallu Bhatti Vikramarka wanted Labour Minister Ch Malla Reddy to produce evidences and prove his allegations that Congress party workers had attacked him during a meeting held on Sunday. The Labour Minister had participated in a “Reddy Garjana Sabha” at Ghatkesar on Sunday evening. After the Minister’s speech, a section of crowd reportedly attacked the Minister and his convoy at the venue.

The CLP leader wanted the Minister to refrain from making allegations and urged him to produce evidences, facilitating the State Government to initiate action accordingly. The CLP leader along with party leaders inspected the arrangements for the State Congress unit’s Nav Sankalp Shivir to be held on June 1 and 2 at Keesara, Medchal. During the two-day meeting, several aspects would be discussed about the current political scenario and issues plaguing the State. To this effect six groups were constituted to dwell more upon the issues, including political, economy, agriculture, social justice and youth, he said while addressing media persons here on Monday.

He also said the issues raised and the decisions taken during the two-day meeting, would be further discussed with party’s political affairs committee. “The agenda will be to discuss State issues and the decisions taken by AICC will not be discussed. Focus will be on the measures to be taken to ensure Congress party’s victory,” said Bhatti Vikramarka.