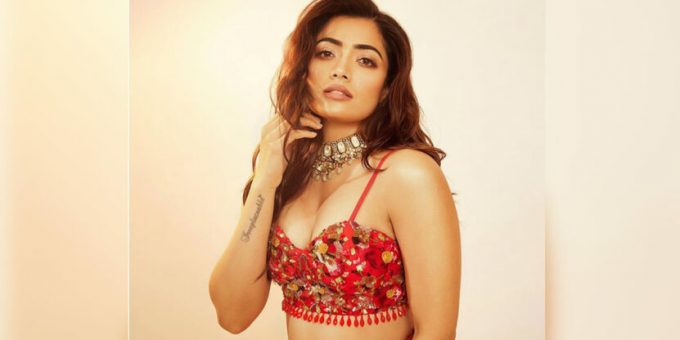 Mumbai: Actor Rashmika Mandanna treated her fans with a picture from the dubbing session of her upcoming movie ‘GoodBye’, co-starring Amitabh Bachchan and Neena Gupta.

Taking to her Instagram story, Rashmika dropped a picture from a dubbing session.

Sharing the picture, she wrote, “Never gets easy. #goodbye.” 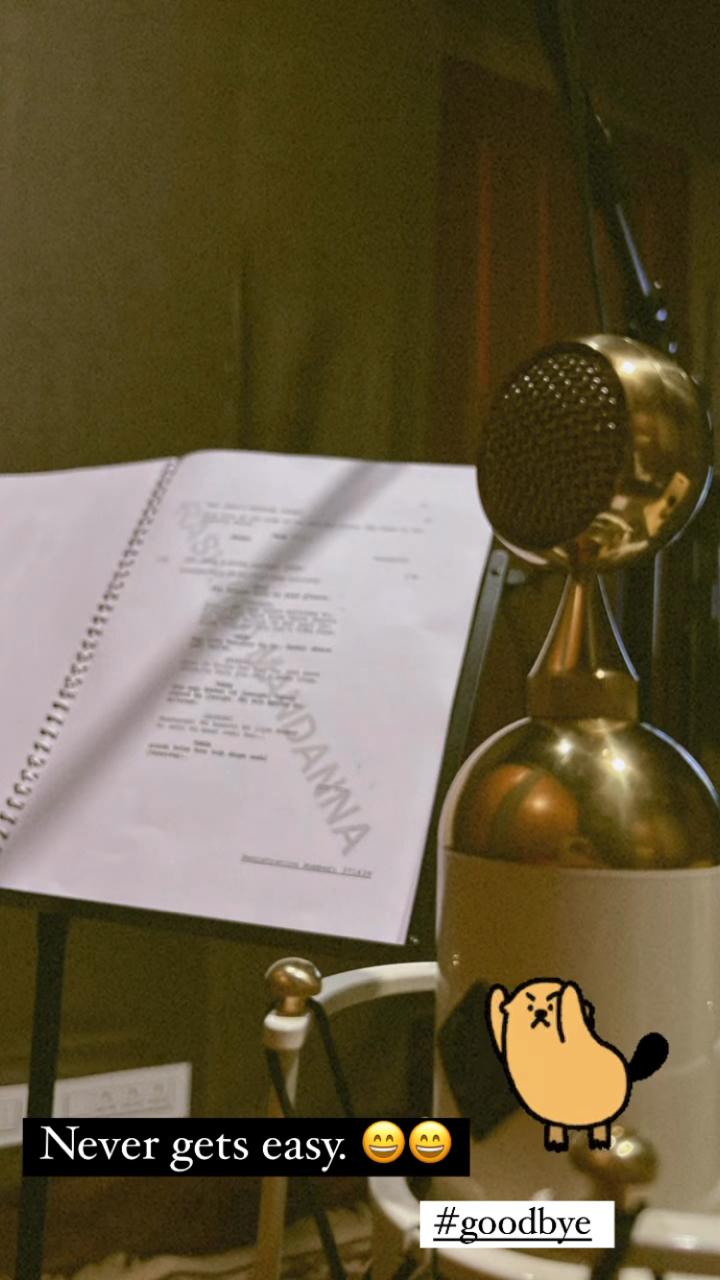 A spiral script book on a stand and a mic were seen in the picture.

‘GoodBye’ is touted as a heart-warming story about life, family and relationships. The film will take the audience on a roller-coaster of emotions filled with laughter, warmth and tears.

Helmed by Vikas Bahl, Elli AvrRam, Sunil Grover, and Sahil Mehta are also a part of the film.

Earlier expressing herself, she penned a beautiful message for the crew and cast of the movie which read, “Goodbye. Hate to say goodbye to my baby ‘Goodbye’…but guys it’s a wrap for me for Goodbye! It’s been 2 years since we began this journey amidst covid waves and everything (it was literally like the vows- through sickness and in health) but nothing could stop us from partying our way through it all and now I can’t wait for you guys to see what Goodbye is really all about.. this is going to be funnnnnnn! Get ready to do some serious laughing!”

Talking about the cast and crew of the film, she wrote, “Everyone you see here .. everyone I’ve worked with in this team will always and forever be super special to me.. (Guys! Let’s work again soon.. like super soon.. I dunno how you’ll make it happen but make it happen!) I love you guys! You are the bestest! @amitabhbachchan sir.. I am so so glad and so so grateful I got to do this film with you…. you are the world’s bestest man ever! #vikasbahl… thankyou for this… god knows what made you believe in me to make me a part of such a special film, I just hope I’ve made you feel proud so far. @neena_gupta .. you are the cutest!I miss you.”

“Ahhhh ok I should stop.. I can go on but I really should stop. @parmarchaitally @pavailgulati @sahilmehta4 @elliavrram @sudhakaryakkanti I love you guys ya.. ok but I’ll shut up now. My loves.. I’ll see y’all soon with my baby ‘Goodbye’.. Get ready you guys…. I can’t waitttt!” she concluded.
On the work front, apart from ‘Goodbye’, Rashmika will be sharing the screen with Ranbir Kapoor in ‘Animal’. She also will be seen in the sequel of ‘Pushpa’ 2.

The ‘Kirik Party’ actor will be sharing the screen with Sidharth Malhotra in the upcoming Bollywood flix ‘Mission Majnu’ and also has Hanu Ragavapudi’s directorial ‘Sita Ramam’, the upcoming action romantic film also casts Mrunal Thakur and Sumanth Kumar in the lead roles in her pipeline. The film is slated to release on August 5, 2022, in Telugu, Hindi, Tamil and Malayalam.