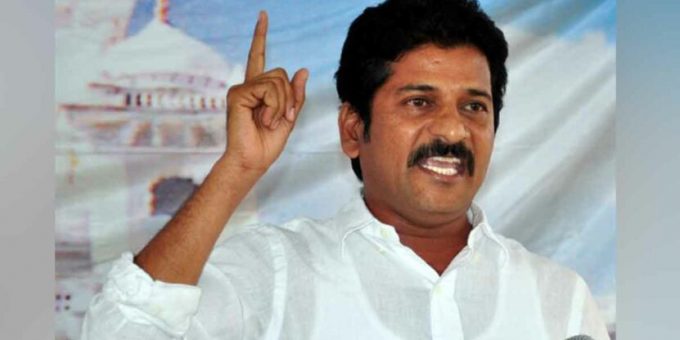 In an open letter to the union Tourism Minister, the TPCC president alleged that huge amounts of irregularities were taking place in the paddy procurement and the supply of the CMR to Food Corporation of India (FCI) by the State Government.

He further alleged that a few key leaders from the ruling TRS party had joined hands with rice millers. “The offenders are selling the rice allotted under the CMR category in the open market instead of supplying to the FCI,” said Revanth Reddy in the letter.

Meanwhile, unidentified persons pelted stones at the residence former MP V Hanumantha Rao late on Wednesday night in Hyderabad. A vehicle parked in front of the former MP’s house in Amberpet was damaged in the stone pelting.

Congress leaders condemned the incident. Former Minister D Sridhar Babu said the attack was undemocratic and wanted the police department to intensify security at Hanumanth Rao’s residence, besides initiating stringent action on those involved in the incident.