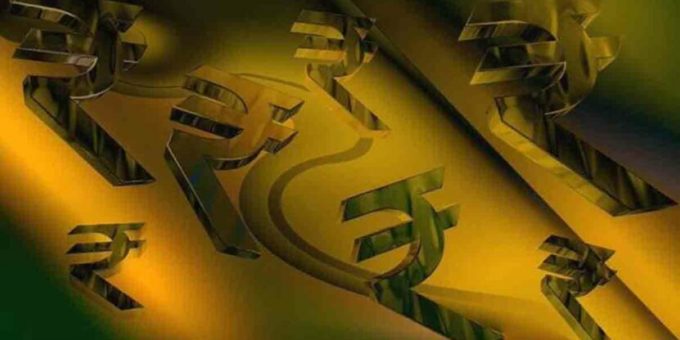 Mumbai: The rupee appreciated 2 paise to 77.59 against the US dollar in the opening trade on Friday, supported by heavy buying in domestic equities and a weak greenback in the overseas markets.

At the interbank foreign exchange, the rupee opened at 77.60 against the American dollar and then inched up to quote at 77.59, registering a rise of just 2 paise over the previous close. It was moving in a close range of 77.59 to 77.61 in early deals.

In the previous session, the rupee settled at 77.61 against the American currency.

The dollar index has slipped further towards the crucial level of 100. The index, which gauges the greenback’s strength against a basket of six currencies, was trading 0.34 per cent lower at 101.49.

Foreign institutional investors remained net sellers in the capital market on Thursday as they offloaded shares worth Rs 1,597.84 crore, as per stock exchange data.

According to a British brokerage, the Reserve Bank will opt for a larger, 0.50 per cent, hike in key rates at its next monetary policy review in June to protect medium-term economic stability in face of the uncomfortable inflation situation.

The central bank will likely revise its inflation estimate to 6.2-6.5 per cent, which is way above the upper end of its tolerance band of 2-6 per cent, economists at Barclays said.

In its update to Global Macro Outlook 2022-23, Moody’s said high-frequency data suggest that the growth momentum from December quarter 2021 carried through into the first four months this year.

However, the rise in crude oil, food and fertiliser prices will weigh on household finances and spending in the months ahead. Rate hike to prevent energy and food inflation from becoming more generalised will slow the demand recovery’s momentum, it said.

The upcoming release of official data for economic performance is likely to register a 2.7 per cent growth for January-March period and the FY22 growth is expected to be 8.5 per cent, economists at SBI have said.