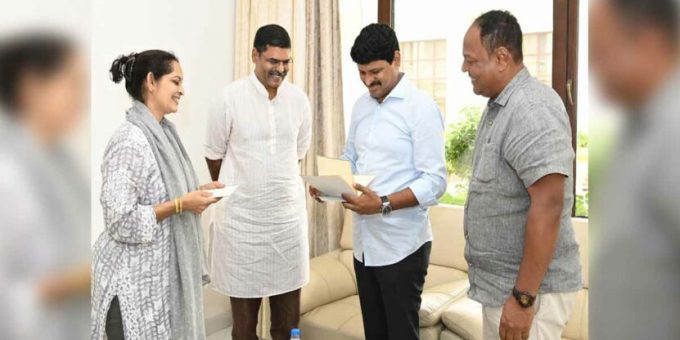 Hyderabad: Founder of Isha Foundation, Sadhguru Jaggi Vasudev wrote a letter to TRS MP Joginapally Santosh Kumar thanking him for his continued support of the Save Soil campaign.

In his three-page letter, Sadhguru expressed his gratitude and proposed a three-pronged strategy to ensure agricultural soils have a minimum of 3-6 per cent organic content in them.

According to him, this will lead to sustainable agriculture, food security, and also dramatically reduce the government’s expenditure on irrigation and fertilizers.

The strategy is to make it aspirational for farmers to achieve the minimum threshold of 3–6 per cent organic by providing incentives for farmers to follow the one simple sustainable soil management practice of having cover crops during the bare fallow periods.

As soil can hold 3.2 times more carbon when compared to the atmosphere, he also proposed to facilitate carbon credit incentives for farmers and to start, suggested simplifying the present carbon credit verification mechanism. In his third and final strategy, he stressed labeling agri-products based on the organic content of the soil they are grown on rather than the type of agriculture practiced on the soil (organic/non-organic).

Responding to the letter, the initiator of the Green India Challenge, Santosh Kumar conveyed his support in all the possible ways for the Save Soil movement through a tweet.