Hyderabad:  A series of events including a ‘nukkad natak’ by Railways cultural teams were organised by the South Central Railway (SCR) Secunderabad Division as part of the World Environment Day.

Abhay Kumar Gupta, Divisional Railway Manager, Secunderabad Division and other officials participated in the events which included a signature campaign and display of posters and banners at all major stations to create awareness towards Environment Day. A rally was also taken out by the Scout & Guides in association with NGO’s including Railway Officials at Secunderabad Railway Station, a press release said.

A total of 15,000 saplings were planted across the Division including at SC station, ELS/LGD and at all major stations and establishments, Coaching Depots, OHE Substations, etc. 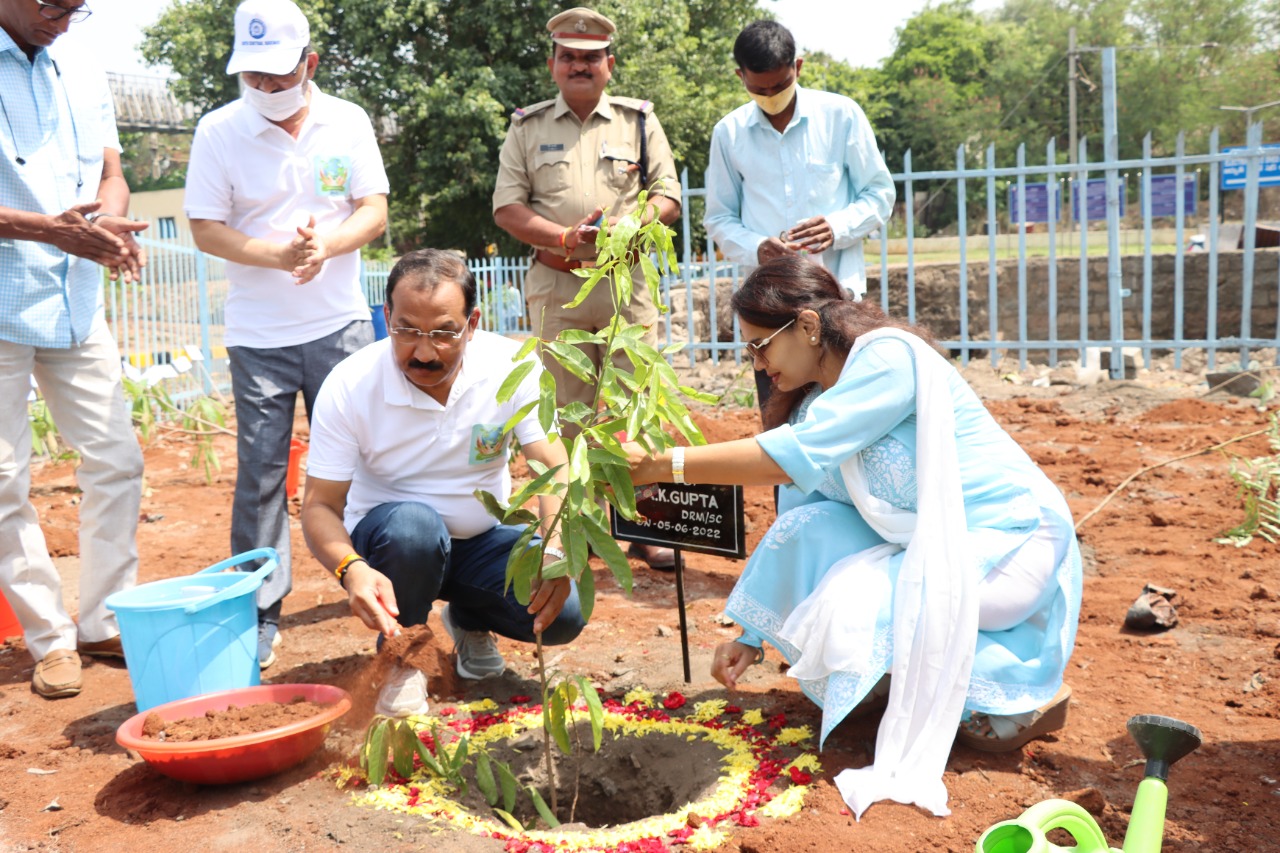 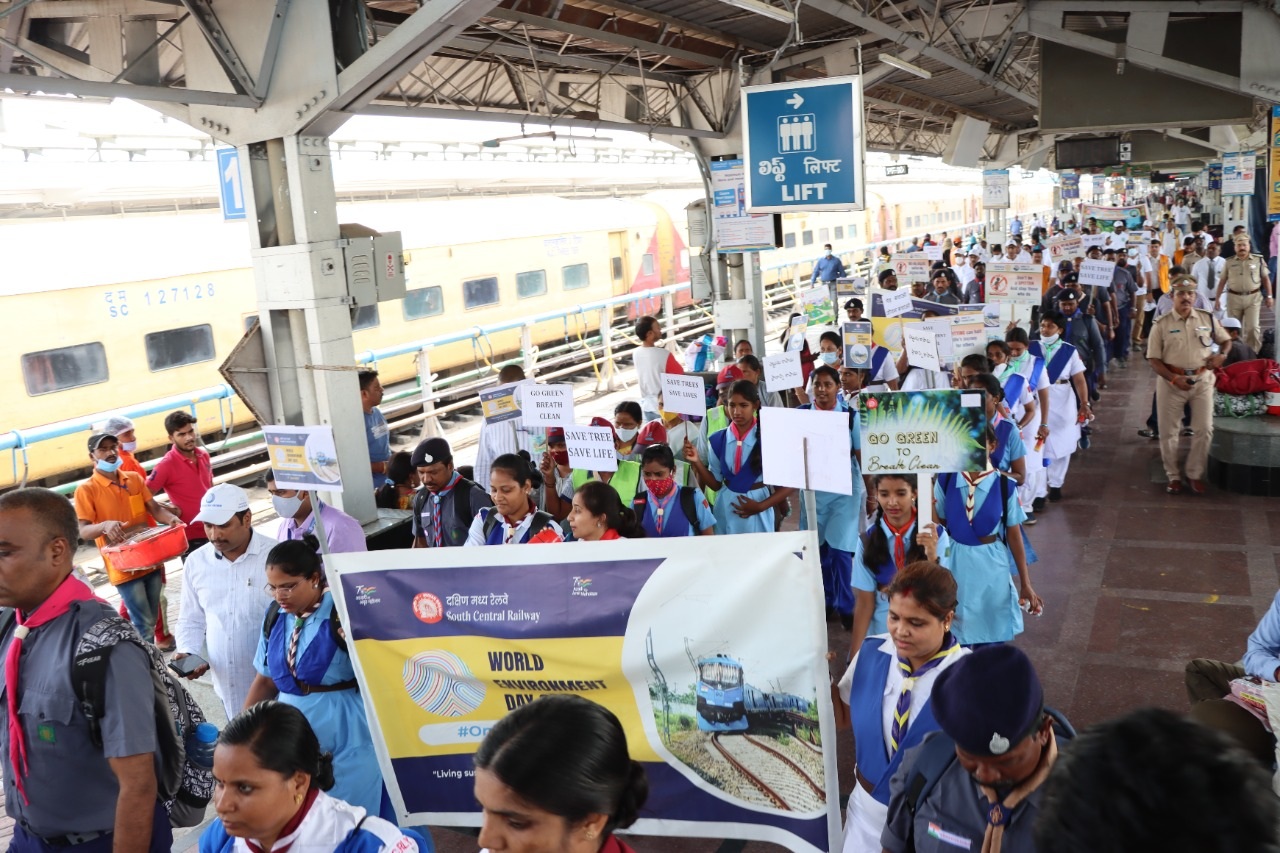 Gupta spoke about various environment initiatives taken across the SC division include 83 per cent of route km of division already being electrified and same to reach 90 per cent by the end of current financial year significantly contributing zero emission of carbon footprints. The other initiatives include installation of two Automatic Coach Washing plants one each at Secunderabad and Hyderabad Coaching Depots that resulted in a saving of 3.4 crore liters per annum i.e. Rs 42 lakh/annum.