The event was held to commemorate 75 years of Independence, “Azadi ka Amrit Mahotsav”. The quiz competition will be held annually with the inaugural event being held this year. 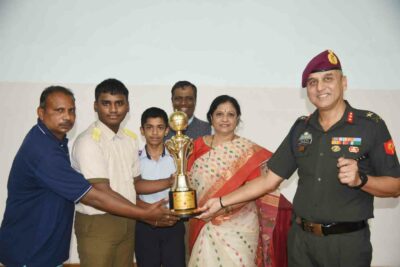 The school was represented by Master Udhay Chander Hari Krishna and Master B Sai Viswanath who stood first after five rounds of intense quizzing.