Thanks to sustained funding and focus on ensuring efficient implementation of the five-levels of healthcare facilities for poor patients, Telangana quickly rose through the ranks to lead in vital healthcare indices in the country and also ensured poor patients get access to quality healthcare at every level.

As a result of the overall development, at present, on a daily basis anywhere between 25,000 and 30,000 patients in Telangana avail healthcare facilities in government hospitals.

Traditionally, the entire healthcare delivery mechanism is based on three levels that include primary level consisting of Primary Health Centres (PHCs) and sub-centres that provide basic consultation and medicines, second level of District Hospitals, usually located in the district headquarters, with 100 to 200-bed capacity and providing services to patients referred from PHCs and sub-centres. At the tertiary level, there are teaching hospitals with over 500-bed capacity that provide multispecialty healthcare.

The Chief Minister mooted two-more levels focused on preventive care through Basthi Dawakhanas in cities and Palle Dawakhanas in villages. The fifth level of healthcare delivery mechanism was the establishment of AIIMS-level super-specialty hospitals in the form of the Telangana Institute of Medical Sciences (TIMS) and the upcoming high-end medical hub in Warangal. 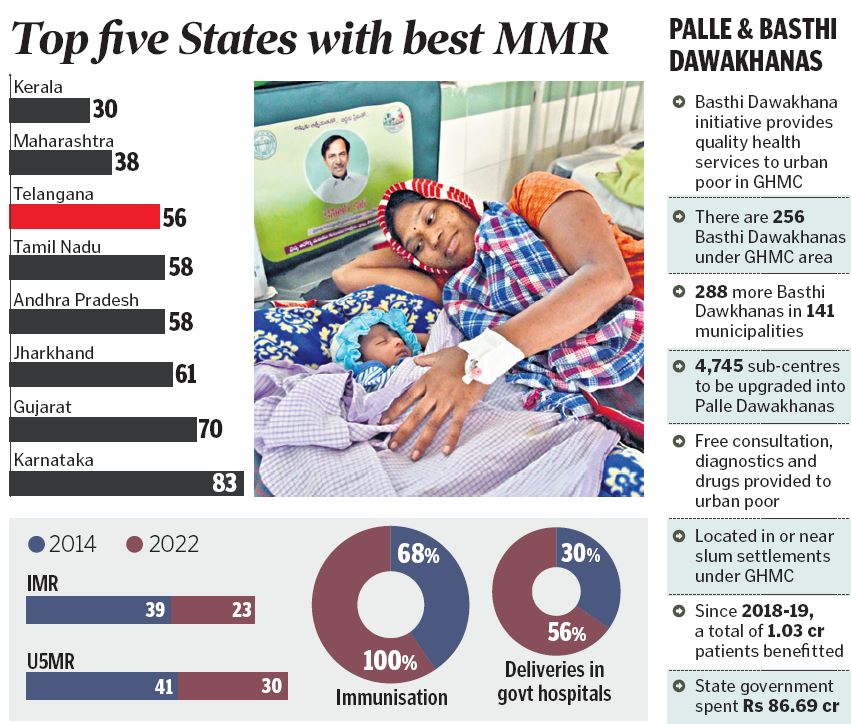 One of the major achievements of the five-level healthcare system is the rapid improvement and emergence of Telangana among the top three in NITI Aayog rankings for best improvement in vital healthcare indices.

8 more med colleges this year, another 8 by next year