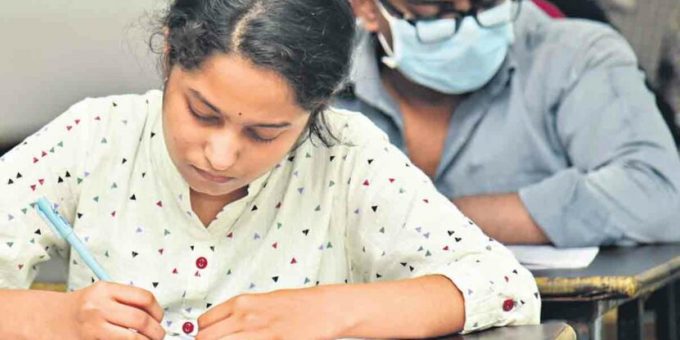 Hyderabad: Students of the CBSE, ICSE and IB boards have to appear for Telugu language board exam in Class X conducted by their respective boards from this academic year.

An official with the School Education Department official said that they had already written to the CBSE and other Boards regarding implementation of Telugu as a language in schools. “The Board exams will be conducted by the respective CBSE, ICSE and IB boards only. Clarity on question papers sitting is expected next week. We have sent modalities to the schools regarding implementation of Telugu and will be reiterating again,” the official said.

The State government has made Telugu language compulsory for all students studying in Classes I to X in schools affiliated to different boards. After enacting Telangana (Compulsory Teaching and Learning of Telugu in Schools) Act 2018, the government has been implementing Telugu as a language in all schools in a staggered manner since 2018-19.

During the last academic year, it was implemented for Classes I, II, III, IV & VI, VII, VIII and IX in all schools across the State. This academic year, it has been made mandatory for all Classes from I to X and schools irrespective of their affiliation to the different boards. The schools affiliated to the CBSE, ICSE and IB have been asked to offer Telugu as a second language.

However, relief is offered to students from other States joining the schools in Telangana at Class VIII and they are exempted from taking compulsory Telugu as a language. But, those who join any class between I and VII must take Telugu.

The textbooks are also made available on the State Council of Educational Research and Training (SCERT) website http://scert.telangana.gov.in.