Bhupalpally: The forest officials have identified pugmarks of a tiger near KTK1 mine in the Bhupalpally mandal in the district on Sunday. The forest staff are on the job of tracking the tiger movement following the sight of a tiger crossing the national highway (Warangal-Kaleshwaram) near CR Nagar (Bambulagadda) on Saturday around 11 pm by some passengers in a bus.

Speaking to ‘Telangana Today’ over phone, District Forest Officer (DFO), Bhupalpally, B Lavanya said that they assume that an adult tiger had crossed the River Manair from Mancherial district.

“Based on the pug marks, we can say that it was an adult tiger roaming the forest areas. We are taking steps for its protection to track the tiger movement by forming special teams,” she said. The DFO also said that they would ensure the safety of the tiger as per the SOP (Standard Operating Procedure) by seeing that there would be no snares or electric fences within forest areas.

“We also alert the people residing within the 10 km radius of the spot where the tiger was spotted not to venture into the forest area and also not take the cattle into the forest. It is suspected the tiger had entered the Bhupalpally forest jurisdiction either from the Kawal Tiger Reserve (KTR) of Adilabad district or the Tadoba Andhari Tiger Reserve of the neighbouring Maharashtra State.

Some people claimed to have spotted a tiger near Boggulavagu project near the Manair River. It may be recalled that a tiger was spotted near Azamnagar village Bhupalpally mandal in district in August in 2020 after more than a decade. A tigress was killed by poachers in SS Tadwai mandal of the Mulugu district in September last week in 2021. 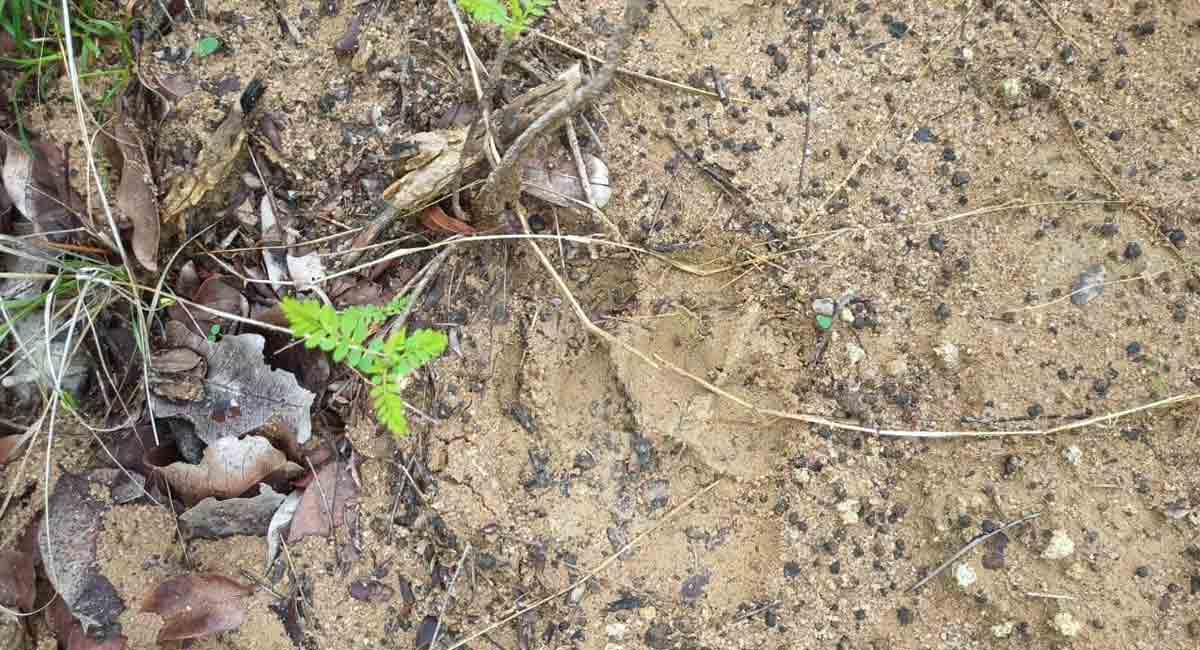