Hyderabad: Heavy rain was reported in different parts of Telangana on Wednesday resulting in widespread damage to paddy crops stored at procurement centres and uprooting of trees at several places.  Here are the reports.

Besides paddy, electricity poles and temporary sheds setup at PPCs were damaged due to flash rain coupled with heavy wind that hit the district. 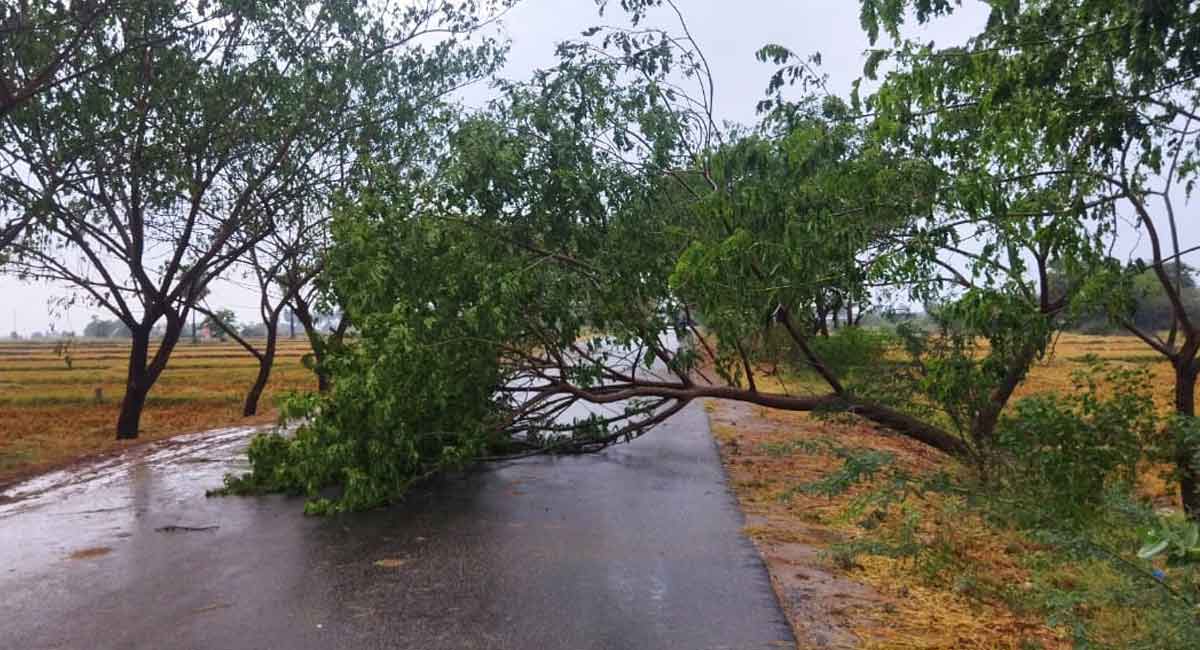 While some of the farmers managed to protect their produce by placing tarpaulins, some paddy was washed away in the rain water.

Electricity poles and temporary shed setup at PPC in Narsimhulapalli were also damaged due to heavy wind while roof of a newly constructed house owned by Ankama Rao was also damaged in Khilavanaparthy.

Unseasonal rains and gusty winds at various places in erstwhile Nalgonda district on Tuesday early hours have hit the farmers as their paddy stocks at paddy procurement centers got wet and horticultural crops particularly mosambi and lemon also damaged. 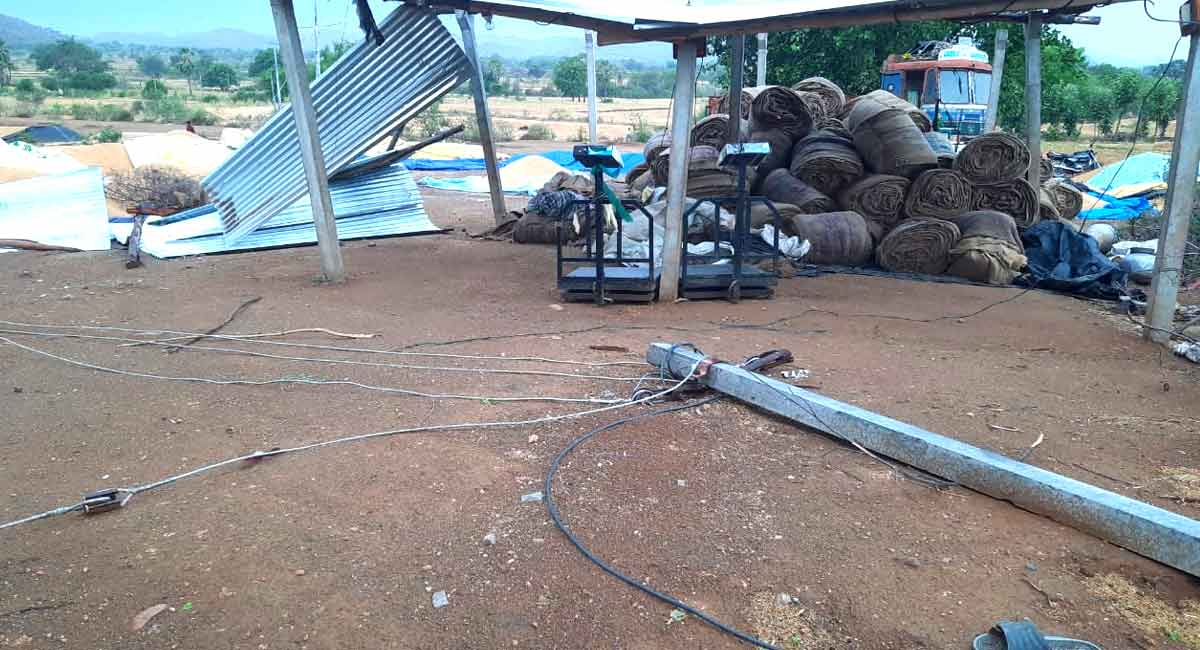 The paddy stocks at paddy procurement centers become wet due to sudden rain. Standing crops were damaged in some areas. The unseasonal rain seems impact the paddy procurement for couple of days as weighing of paddy would be taken up only after drying of the crop. Mosambi and lemon crops were also damaged.

Due to gusty wing, trees fallen onto the road in Nalgonda district and at Athakur (M) and at Kundur in Yadadri-Bhongir district has also impacted the traffic flow on the routes.