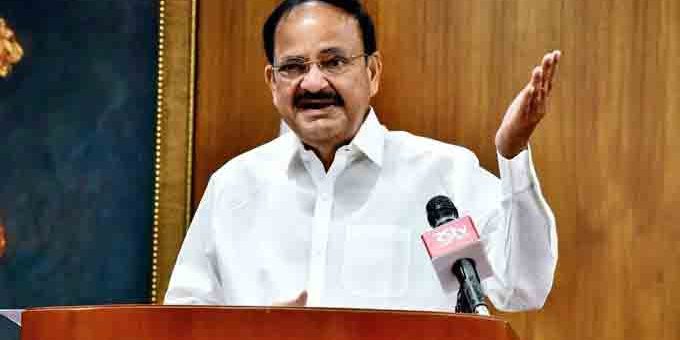 New Delhi: Early education of a child must be in mother tongue, Vice President M Venkaiah Naidu said on Sunday.

Addressing the inaugural ceremony of the Delhi University centenary celebrations, Naidu said the Indian education system must also focus on “our culture”.

“If the early education is given to a child in mother tongue they will be able to grasp it. If given in another language, first they have to learn the language and then they will understand,” he said.

He emphasized that children must learn their mother tongue first and then other languages.

“One must have proficiency in their languages and have original ideas,” he added.

Vice President Naidu, who is the chancellor of the university, was the chief guest at the event and Dharmendra Pradhan, Minister of Education, was the guest of honour.

Naidu also invoked Prime Minister Narendra Modi’s remarks at an event on Saturday where the latter underlined the need to encourage the use of local language in courts.

“Yesterday PM Modi also talked about the need for local languages in courts. Why courts alone, it should be implemented everywhere,” he added.
He congratulated Delhi University for completing 100 years.

“I would like to congratulate all the people for the growth, development and progress of this university and for making this one of the prestigious institutions,” he added.

Speaking at the event, Pradhan said the promotion of local languages will help in channelling students’ creativity.

“The national education policy emphasised the importance of local language. The local language help in channelling the creativity of a student,” Pradhan noted.

Vice-Chancellor Yogesh Singh said, “We have completed 100 years of academic excellence. DU is doing very well. We will continue to make our contribution to the life of Indians.”