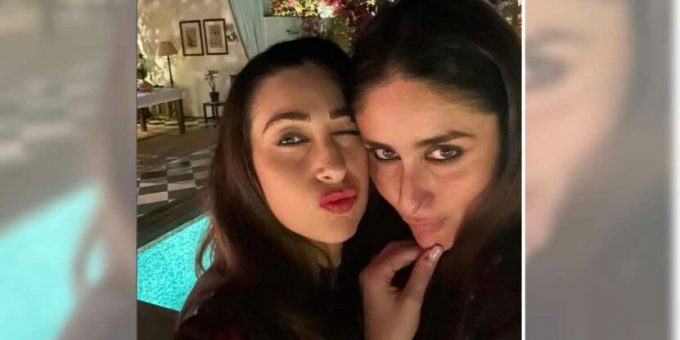 Hyderabad: Karisma Kapoor and Kareena Kapoor are more than just siblings. They are the best buddies and are there for/with each other at every step. The sibling duo sure knows how to give sister goals. Karisma, who is preparing to return to the industry, keeps her fans glued to her social media account with frequent updates.

The diva also keeps sharing her personal and professional updates on social media. Recently, Lolo posted cute pictures of herself along with her sister Kareena Kapoor Khan. She wrote, “Missing the sis”, alongside the photo. Kareena immediately replied: “Love this picture. This show of yours has taken over our life.”

The post also has another comment from Malaika Arora, who also left a heart emoji in the comments section.

Having taken a long break after her marriage, Karisma’s most recent film appearance was in the 2012 movie ‘Dangerous Ishhq’, following which she appeared in supporting roles in films such as ‘Bombay Talkies’ and ‘Zero’.

Karisma will soon be seen in ‘Brown’, which is based on Abheek Barua’s novel ‘City of Death’ and is produced by Zee Studios. The producers haven’t yet revealed any details nor have they confirmed whether the project would be a feature film or a web series.