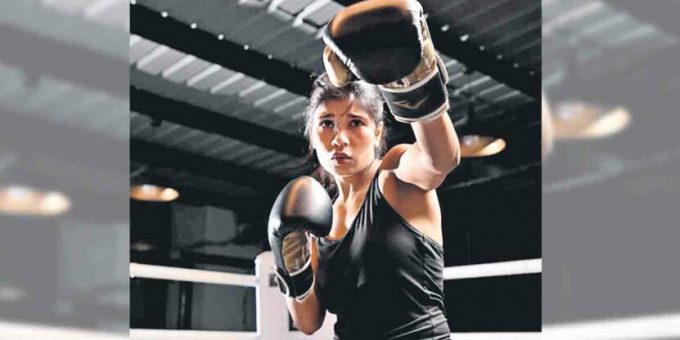 However, they were the events off the ring that kept her busy ahead of the Commonwealth Games, scheduled to begin later this month. Nikhat has been attending media events, private programmes and others after her world championships gold.

Amid a hectic schedule, she got just three days to train for the trials ahead of the Commonwealth Games. But the pugilist came out all guns blazing to make it to the Indian team. Despite all the distractions, she says the hunger for success kept her in good stead. “Yes, it was hectic after the World Championships gold. But I kept my fitness during those days and that helped me. When you have hunger to achieve, these distractions do not bother my performance in the ring,” said the Nizamabad boxer.

The 26-year-old, who competed in the 52kg category, will now fight in the 50kg category which is an Olympic category. Nikhat, however, says she has no worries in shifting the category.

When asked whether entering the Birmingham Games as world champion put her under pressure to perform, she said, “There is no pressure on me. I will take it in a positive way. The world champion tag will definitely push me to do better. Playing in the 50kg category is also a new experience for me. I will continue in this weight division as it is an Olympic category. The Commonwealth Games will be the first step for me in this regard. I am looking forward to this challenge. I am confident of winning gold.”

Nikhat also attributed her success in recent times to a change in attitude. Explaining what made her strong during tough times, she said, “When I dislocated my shoulder, I went through a lot of emotions. I have taken help from a psychologist. That helped me a lot. I started focusing on only positive things. Visualisation helped me to improve myself not just as a boxer but also as a person.

“During the World Championship, I faced experienced boxers. I was a bit nervous before the final as well. But I kept my calm and visualised winning the bout and standing on the podium. And things happened exactly the same. Those techniques helped me do better. I try not to take any sort of pressure on me and focus on being calm and composed in the ring,” she elaborated.

The agile boxer revealed that she is also working on new tactics. “The focus in these Games is on the boxers from England and Ireland as they are the main countries. I have seen those boxers. And a training ahead scheduled next week in Ireland will help us.”

On India’s chances, she predicted at least four gold medals from the contingent. “All our boxers are experienced. I want all of them to win gold. Once we get draws, we will have a clear picture. It is not ideal to predict medals now itself. But I am expecting a minimum of eight medals with four gold,” she said.

She further added that she has become a more serious athlete now. “Nothing changed much from last year. I am still hungry to win gold for India. Now I am preparing like a monk, very dedicated. Earlier, I used to go out on weekends and eat junk. But now, I have become a serious athlete, avoiding junk to maintain fitness.”