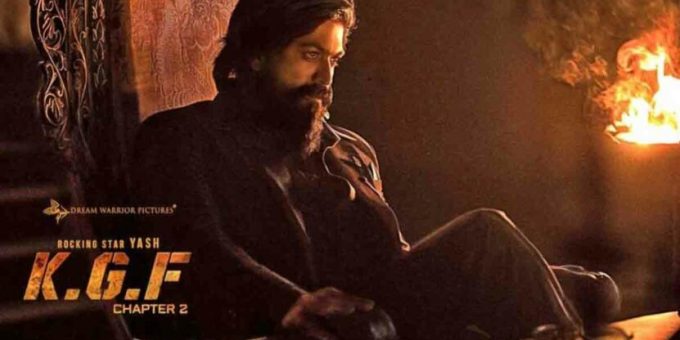 Bengaluru: Ahead of the ‘KGF: Chapter 2’ release, the film’s star Yash’s fans have set out to create a record of sorts to show their love and admiration. Using as many as 20,700 books, they have created a massive mosaic portrait of Yash, staking claim to a world record.

The portrait, made up entirely of books, measures 130 x 190 feet, and is spread over 25,650 square feet at the White Garden Grounds of Malur. The Yash Fans Association of Malur have taken up the project.
“Big Bigger Biggest!! We had planned for 120Ã—170 ft but it surpassed our expectations… We had to expand it to 135Ã—190ft which covers an area of 25,650 Sqft which is the world record,” tweeted Team Yash FC along with a video of the portrait’s making.

Releasing nationwide on April 14, in Kannada, Telugu, Hindi, Tamil and Malayalam, ‘K.G.F: Chapter 2’ is written and directed by Prashanth Neel, and produced by Vijay Kiragandur, under the Hombale Films banner.

One of the emerging pan-India production houses, Hombale Films is set to showcase some of the biggest films in Indian cinema over the next two years, including the much-awaited film ‘Salaar’ starring Prabhas.

‘K.G.F: Chapter 2’ is being presented in north Indian markets by Ritesh Sidhwani and Farhan Akhtar’s Excel Entertainment and AA Films.

Excel has given super hits like ‘Dil Chahta Hai’, ‘Zindagi Na Milegi Dobara’, ‘Dil Dhadakne Do’, and ‘Gully Boy’, among others.